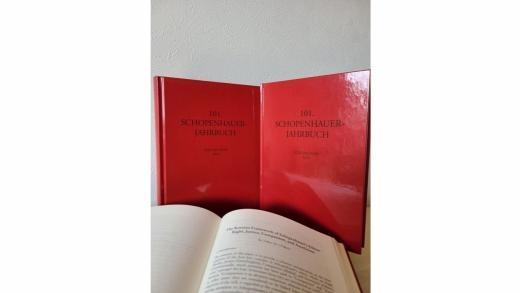 Schopenhauer Yearbook is a traditional, international, and philosophical magazine and was established in 1912 by philosopher Paul Deussen. This issue carries a featured article on a session held in 2018 in Beijing at the World Congress of Philosophy titled, “200th Anniversary Commemorating Schopenhauer’s ‘The World as Will and Representation’–Compassion and Humanity,” and the paper by Professor Ito is introduced in the article.

In the paper, Professor Ito clarifies Kant’s philosophical framework behind the main ideas of Arthur Schopenhauer’s ethical studies and examines the difference of views between Kant and Schopenhauer on the ethical appraisal of “compassion.”

Professor Ito shared: “The portion where I discuss the diverse possibilities of Kant’s interpretation reflects the outcome of discussions that unfolded during Soka University’s class exercises in the academic year 2016, as I indicated in the notes. As a researcher, there is much to learn from the fresh ideas and active discussions of students. I would like to continue to hold classes where students can reveal their intellectual potential.”