As we celebrate the 50th anniversary of our foundation in 2021, as part of our commemorative project, we called for “catchphrases” and “symbol marks” from February 4th, 2019 to May 10th. We received 254 catchphrases and 150 symbol marks from stakeholders of the university. Thank you very much.

Concept：
A pair of bronze statues celebrated the first year on the opening of the university. Over the last half a century, it has been watching over the student's growth and development. " For what purpose should one cultivate wisdom? May you always ask yourselves this question!" engraved on the "Angel and the image of a worker" with blue, yellow and red school colors, aiming to become the highest seat for human education is expressed.

Comment from the recipient：
“It was my eldest son (36th graduate of Soka University) who graduated from the Faculty of Business Administration that said, “you should apply” This is a bronze statue that everyone at the university makes a vow to grow. The symbol mark was created on the theme of a brave figure that has supported and watched over the students for half a century. I would like to take this chance to thank everyone for this great opportunity.” 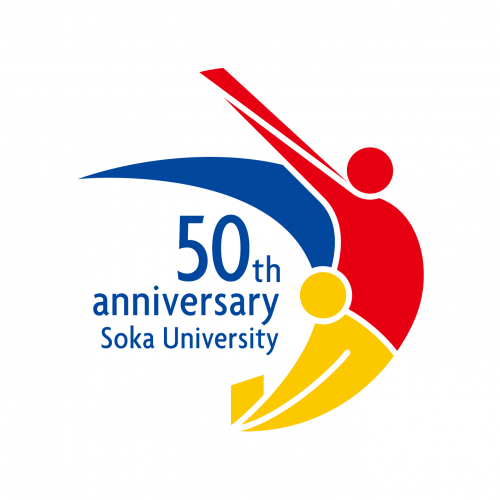 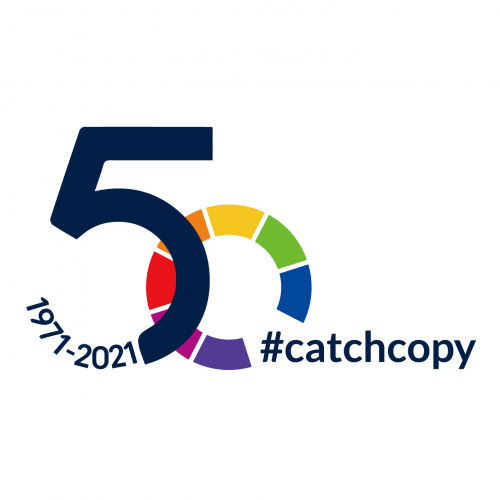 ・Recipient：Mr. Ikeda Tomoaki（Faculty of Economics 1st year）
「今日の学びが、明日の世界を創る。」
Today’s learning will create the world for tomorrow
※The Japanese catchphrase will be used for the official catchphrase

・Recipient：坂口芳子さん（Parent）
「We make the future」

※The guidelines for using the symbol mark will be announced in early November.