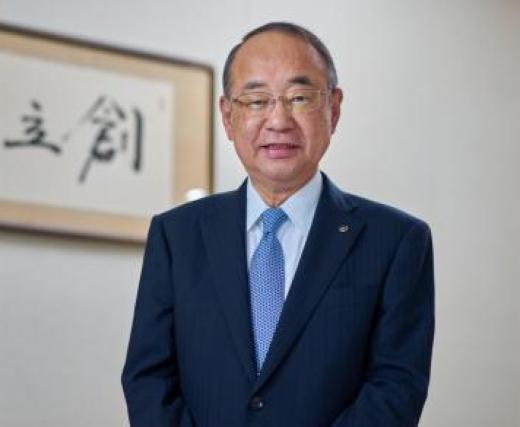 We would like to thank you for your continued support for the development of Soka University and Soka Women's College.

First of all, I would like to express my heartfelt gratitude to all the medical professionals who are supporting our lives while facing the risk of infection as the novel coronavirus continues to spread. Thank you very much. Nurses who have graduated from our Faculty of Nursing are also working hard on the front lines. I sincerely wish that the novel coronavirus will be brought under control as soon as possible and that the stress it is causing everyone will be alleviated.

On January 2nd and 3rd, the Soka University Track and Field team participated in the 97th Tokyo-Hakone Round-Trip College Ekiden Race (Hakone Ekiden), one of the biggest collegiate relay marathon races. This marked the team’s eligibility to participate for two consecutive years and for the fourth time overall. Ten student-athletes ran the 217.1 km race as a team, winning first place on the first day and finishing in second place overall, which exceeded their goal of coming in the top three; marking a great start to the year for the University’s 50th anniversary.


I would like to express my deepest appreciation to the athletes, the support staff, and all the people who cheered for Soka’s student-athletes in front of their TVs. The athletes are making the most of this experience and have set off on to their next goal. We greatly appreciate your continued support for the Track and Field team. We would also like to express our sincere gratitude for the generous support we received from many people for participating in this year’s Hakone Ekiden. Thank you very much.

On April 2nd of this year, Soka University will celebrate the 50th anniversary of its founding.  Based on the founding principles established by the Founder Daisaku Ikeda and upholding the spirit of student-first, Soka University has been taking initiatives designed to foster creative global citizens. Since its establishment, the university has expanded from three faculties at the time of its opening to eight faculties, five graduate schools, two professional graduate schools, and four correspondence courses. Also, the number of alumni has reached about 100,000 graduates from the university (including correspondence courses) and Soka Women’s College. The campus has also developed remarkably over the past 50 years including the completion of Global Square in 2013.
As part of the 50th Anniversary Commemorative Project that officially started last year, the Soka Education Research Institute was renamed to Ikeda Research Institute for Soka Education (IRISE) for its further development. The renamed IRISE has started its initiatives to build a hub for global citizenship education by developing a network of researchers and publicizing research achievements. Also, we held the “Value Creation × SDGs” Week online with consecutive symposiums inviting well-known experts to participate, and we have also been preparing for the publication of “Soka University’s 50 Years of History (tentative English name)” and commemorative exhibitions.

The “Soka University 50th Anniversary/Soka Women’s College 35th Anniversary Donation Project (tentative English name)” was launched last September and will continue until the end of August 2022 to fund the 50th Anniversary Commemorative Project. Despite the severe economic situation, we have received many generous contributions from the Soyu-kai*, Hakucho-kai*, Kaiyu-kai*, and many other supporters. I would like to extend my sincere appreciation for all of your kind support. All donors will have a ‘Digital Nameplate’ created in their honor and proudly displayed on the “Soka University Donor Digital Name Board (tentative English name).” With your valuable support, we will continue to strengthen the foundation for the next 50 years to come.

Along with the development of the Commemorative Projects, this year of the 50th anniversary will also be the first year for the launch of the new Grand Design “Soka University Grand Design 2021-2030” which is a medium- to long-term plan for the university. In addition, Soka Women's College which celebrated its 35th anniversary last year is now taking initiatives to bolster the “Soka Women’s College Mid-Term Plan 2021-2025” towards its 40th anniversary.  Soka University, Soka Women’s College, and related institutions will continue to vigorously advance toward the 100th anniversary of the publication of “The System of Value-Creating Pedagogy” in 2030, while valuing the philosophy and traditions, and continue being the highest seat of learning that creates value in society.

Lastly, I offer my sincere wishes for your good health and success in the new year.