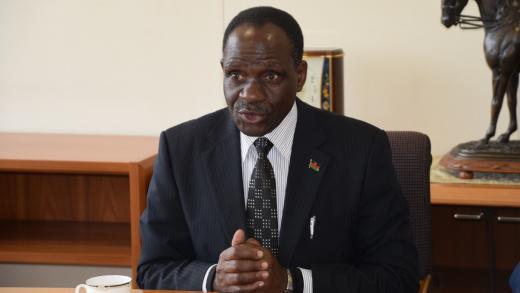 On November 1, His Excellency Grenenger Kidney Msulira Banda, Ambassador of the Republic of Malawi to Japan visited Soka University and met with President Yoshihisa Baba and other university officials.

The Republic of Malawi is located in south eastern part of the African continent and has a population of around 18 million people. In 1964, Malawi became independent from the United Kingdom. The country has 4 national universities and 20 private universities.

Ambassador Banda stated, “I want the students of Malawi to study here at Soka University, a beautiful campus filled with green. I hope that both countries and universities in Malawi and Soka University will build a deeper relationship in the near future.”