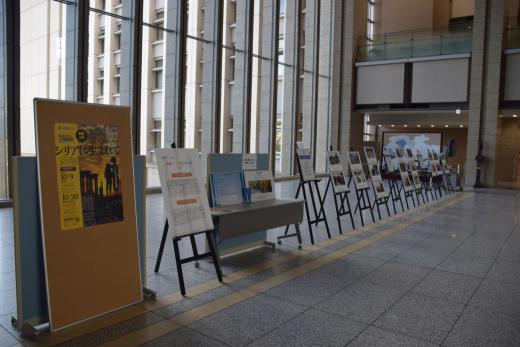 Screening of Born in Syria from the Refugee Film Festival Held at Soka University, with Chairman Saburo Takizawa of the Board of Japan Association for UNHCR Delivering a Lecture

On October 20 (Friday), a screening of Born in Syria, as one of the films from the 12th UNHCR Refugee Film Festival, took place at the Soka University Central Education Tower with the participation of approximately 400 students and the general public.
From this year, Soka University has been participating as a partner school of the UNHCR Refugee Film Festival, which protects and supports refugees around the world. This was the second screening, following the one held on October 9.

Before the screening, Mr. Hiroyuki Koga (Faculty of Education, senior member) of Soka University’s Student Group Aspire SOKA, which promotes the United Nation’s peace movement, shared the significance of the event and expressed his hopes that more people can take a step forward in supporting this cause after viewing the film.
Mr. Toshihiro Taguchi, a senior member of the Faculty of Economics, reported on his interactions with the local people when he visited a refugee camp and shared his hopes to gain the ability to contribute to peace.
After greetings by Chairman of the Board of Trustees Yasunori Tashiro, Chairman Saburo Takizawa of the Board of Japan Association for UNHCR delivered a lecture under the title, “Refugee Issues and UNHCR: Roles for Japan to Play.” While reporting on the intense conditions of an increasing number of refugees in the world, including those in Syria as well as domestic refugees, he expressed his hopes to the students to continue to ask themselves what they can do and to think about issues of conflict, poverty, and refugee life, with this film festival as a start.

Born in Syria is a documentary that depicts the reality of the children that have become refugees and fled Syria, a place of ceaseless war. This documentary features seven young children that have been injured by bombs, separated from their family, and deprived of their time as a child, yet they powerfully live their lives with new hope. Comments shared by the viewers were as follows. 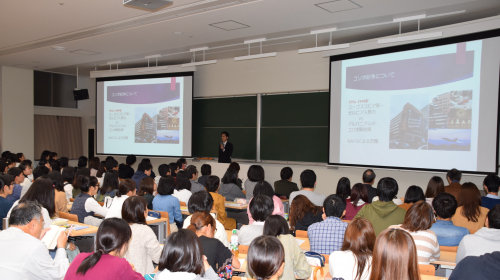 Toshihiro Taguchi, a senior member of the Faculty of Economics 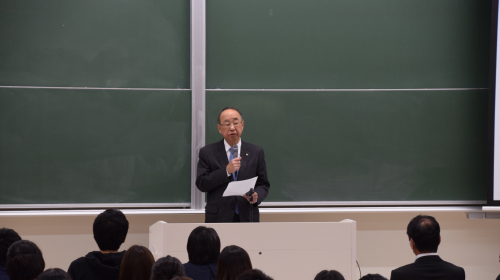 Chairman of the Board of Trustees Mr. Tashiro

Chairman of the Board of Japan Association for UNHCR Mr. Takizawa