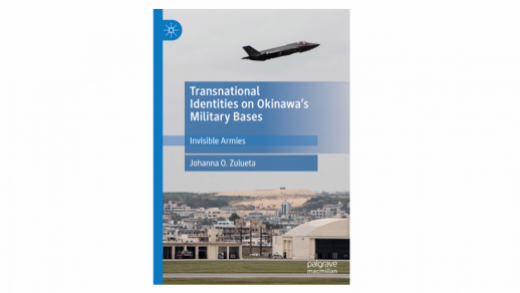 This third publication by Associate Professor Zulueta examines the laborers working for U.S. forces stationed in Okinawa. She analyzes the returning immigrants with Japanese citizenship that are laborers who have Filipino fathers and Okinawan mothers and their identity. In this research, she takes up the occupation of Okinawa as a transnational project, claiming that this pertains not only to the relationship between Japan and the U.S. but to the Philippines as well.

Associate Professor Zulueta claims that many research efforts focusing on Okinawa take aim at the relationship between Japan and the U.S., but via this book, Okinawa should also be understood from a Southeast Asian perspective as well. In particular, the military relationship as seen in Okinawa can be considered a “transnational project” that not only involves the Japan and U.S. governments but the roles of the government of the Philippines as well. Moreover, in relation to Okinawa base issues, many research focuses on the military personnel, while not so much focus is placed on the laborers working within the U.S. bases. Associate Professor Zulueta expresses the desire that those that are interested in immigration or ethnicity studies should read this book.