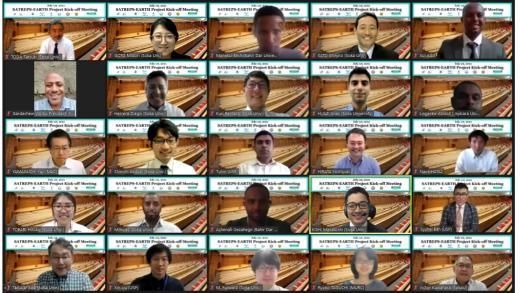 The Online Kickoff meeting of the SATREPS-EARTH Project, one of the international joint research projects with African countries promoted by Soka University, took place on July 1st, 2021 with a total of 92 participants (61 Japanese participants and 31 Ethiopian participants) joining via online. This project was selected by the Japan Science and Technology Agency (JST) and the Japan International Cooperation Agency (JICA) as one of the Science and Technology Research Partnership for Sustainable Development (SATREPS) programs in June of last year. The research period is for 5 years, from July 2021 to June 2026.

In Lake Tana, the largest lake in Ethiopia, which is the target country of this project, the exotic plant water hyacinth covers one sixth of the surface of the lake, making it impossible for boats to travel, causing environmental and economic problems. Lake Tana, which is a source of the Blue Nile River, is originally known as a scenic place with a rich natural environment. To solve these problems, this project will work on the restoration of a healthy lake ecosystem and will research and develop methods for harvesting water hyacinth as well as the effective utilization of the harvested biomass. The obtained biomass will be converted into nutritious superfood "Spirulina", fertilizers, and soil conditioners for producing local agricultural products to improve nutrition particularly for children in Ethiopia, where "hidden hunger" is pervasive.

Then, State Minister Afework Kassu from the Ministry of Science and Higher Education stated, “Many Ethiopians who had studied at Japanese universities and research institutes have contributed to Ethiopia and the world, applying the expertise cultivated while studying in Japan. Many Ethiopian researchers and students are also involved in the EARTH Project. I hope that they will apply experience and knowledge gained from this project to play an important role in Ethiopia, Japan, and other parts of the world in the future”

Chief Representative Dr. MORIHARA Katsuki from JICA Ethiopia Office expressed his great expectations for the EARTH Project. “Excessive overgrowth of water hyacinth is also a serious problem on Lake Victoria, which is also a source of the Nile River, in Uganda where I used to work. It is my honor to be a part of the team, tackling this important issue at another source of the Nile River. What makes the EARTH Project very special for us is the fact that this project is aiming to address and contribute to the same issues and vision in the Ethiopian national development plan. Therefore, the EARTH Project is attracting attention in Ethiopia. I strongly hope that the research outcome of the EARTH Project will be implemented in Ethiopian society and contribute to the improvement of food security and malnutrition in the country”

Research Supervisor Dr. MASUDA Misa from JST stated the originality of this project. “The EARTH Project aims to develop unique technologies for converting waste into valuable products. We believe that this project will establish water hyacinth management and processing technology, and that in the future this project will also serve as a successful case for neighboring areas suffering from overgrowth of water hyacinth”.

President Dr. Firew Tegegne of Bahir Dar University stressed the significance of promoting the EARTH Project at the closing remark. “Lake Tana was designated as a biosphere reserve by UNESCO. Challenging the social and environmental problems surrounding Lake Tana is one of the most important missions for Bahir Dar University. Bahir Dar University has been actively engaged in international exchanges among researchers and have been working to solve the problems of Lake Tana with them. We have collaborated with Soka University in the PLANE3T Project (2017-2021 business year) and deeply appreciate Soka University and other Japanese research institutes for collaborating with us in the EARTH Project”.

Finally, all participants were photographed in a group in commemoration of the kickoff meeting by Zoom. After taking commemorative photographs, many congratulatory messages for the start of the EARTH Project were sent from both countries. 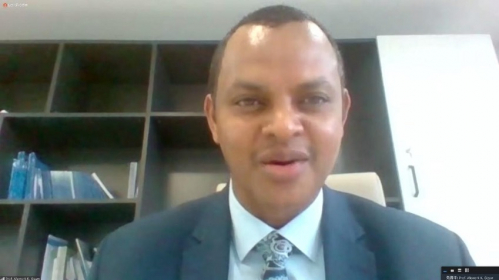 Ambassador of Japan to Ethiopia Her Excellency Ms. ITO Takako 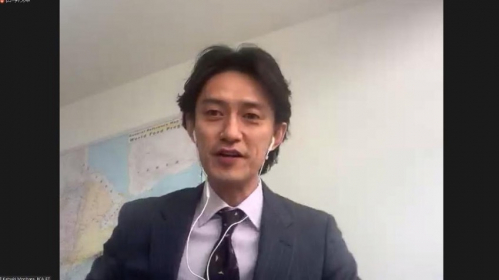 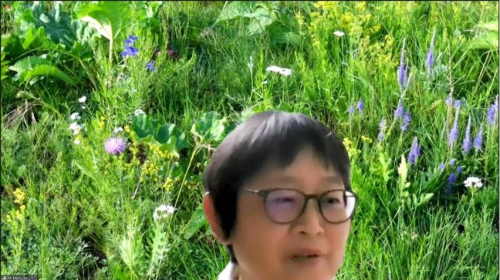 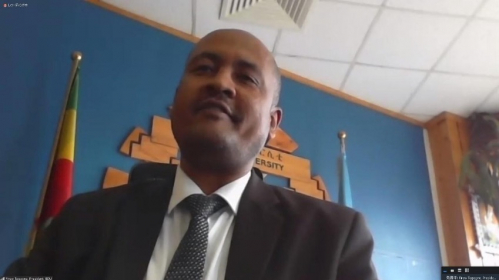 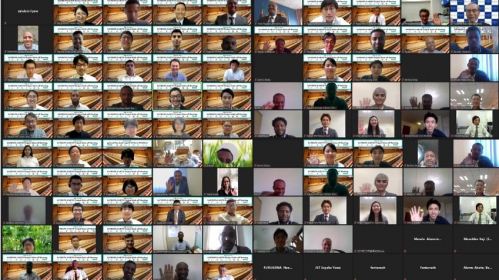