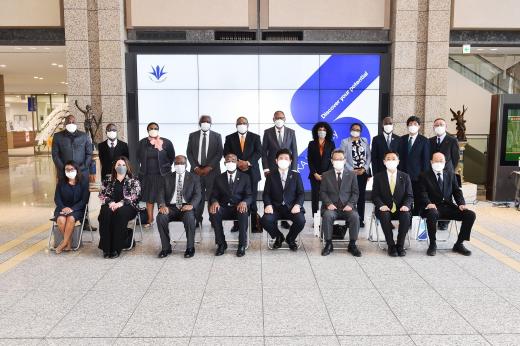 As one of the General Education Courses for the AY2022 Spring semester, Soka University will be holding a SADC lecture series by inviting SADC member countries’ Ambassadors to Japan.

SADC aims to achieve regional development, peace and security, and economic growth to alleviate poverty and enhance the standard and quality of life of the people of Southern African countries and engages in activities for economic integration, the establishment of a common market, and conflict resolution/prevention. SADC comprises 16-member countries of which 12 countries have an embassy in Japan. The Ambassador to Japan from each of the 12 SADC member countries will be delivering a lecture once a week.

Soka University Executive Vice President Tanaka gave an address at the meeting, followed by an address by Ms. Randrianjafy Tsilavo Maherizo, Chargé d'Affaires ad interim of Madagascar and the coordinator of the lecture series.

Soka University President Suzuki mentioned in his address that the University has been focusing importance on international exchanges since its establishment. He stated that the University made many achievements through actively holding student exchanges and research exchanges following the conviction of the University founder Ikeda that the twenty-first century will be the century of Africa, and confident that this wonderful opportunity of receiving the lectures will further enhance the globalization of the University and bring great value to the students. President Suzuki also introduced the joint research in the African region of which he is a member. The University is currently conducting research in collaboration with a university in Ethiopia to establish a management method and effective utilization process for aquatic biomass that is overgrown in Lake Tana. The project is selected for the Science and Technology Research Partnership for Sustainable Development (SATREPS) by the Japan Science and Technology Agency (JST) and the Japan International Cooperation Agency (JICA). Following this, Ambassador Titus M.J. Abu-Basutu of Zimbabwe stated that he wishes for the students to learn more about the SADC member countries and to further strengthen the friendship between each country and Japan. Ambassador Abu-Basutu was the keynote speaker for the University held post-event “SDGs and Africa - Creating a bright future in Africa through value creation” held as a collaborative project of the 7th Tokyo International Conference on African Development (TICAD7) in 2019.

After the meeting, the Ambassadors and their delegates took a tour of the campus facilities and took a commemorative photo. 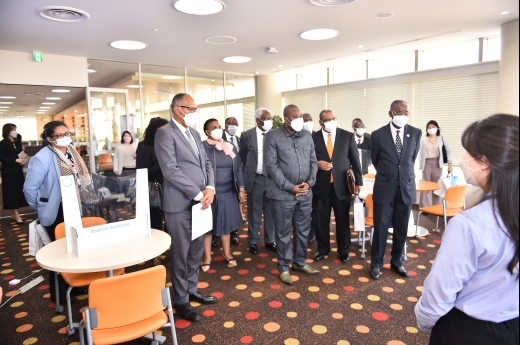