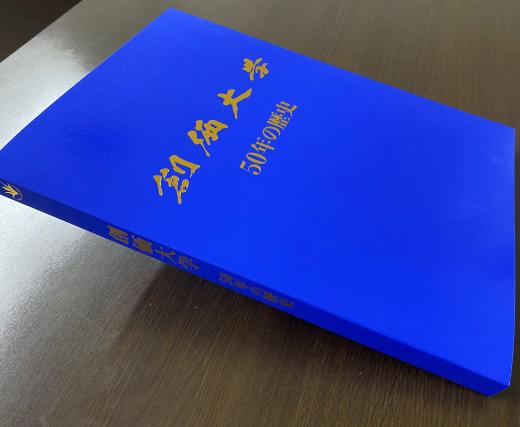 "Fifty Years of Soka University," a publishing project commemorating the Fiftieth Anniversary of Soka University, has been completed and published on April 2, the anniversary of the founding of the university. It records and conveys the trajectory of the development of the university over half a century under the founding spirit of the founder Daisaku Ikeda.

At the beginning of the book, the founder wrote "For publication", which is an important guideline for the new 50 years. I would like to study deeply and start off.