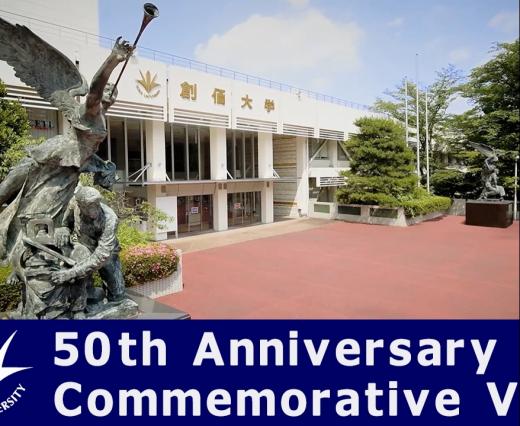 In the video, you will learn about the goal of fostering creative individuals based on the founding spirit of the university, the establishment of undergraduate and graduate schools, and the globalization and development of the campus. The video also includes commemorative messages from intellectuals and overseas partner institutions, notable student achievements on domestic and international stages, and highlights of "Soka University Grand Design 2021-2030".