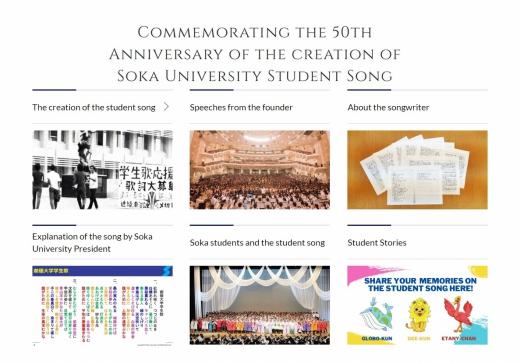 There are photographs of students from different generations singing the student song and an entry page to submit your thoughts and memories of the student song.
Please take a look at the commemorative page below.

The chorus performed the student song for the first time