The Kremlin in Moscow has continued to prosper from the end of the 15th century until the present time as the center of Russia’s politics and culture. Overlooking the Moskva River and the Neglinnaya River, within the site of the 280,000 square meters surrounded by the Kremlin Walls of 2,235 meters in total length, sits the Great Kremlin Palace, the Kremlin Museum, five cathedrals, the Ivan the Great Bell Tower, and the palace of the Patriarch of the Russian Orthodox Church.

Among all, the Kremlin Museum, which was established in 1806 based on the order of Alexander I, houses 100,000 antiquities related to the Russian emperors throughout history, which were collected over the span of approximately 500 years since the time of Ivan the 3rd of the 15th century, and the items are known as the “Kremlin’s miracles.” In 1990, the Kremlin’s buildings and antiquities, the Red Square, and the Alexander Garden were recognized as World Heritage Sites.

General Director Yelena Gagarina, daughter of the world’s first astronaut Yuri Gagarin, toured the Learning Commons SPACe in the Global Square and viewed the exhibition displayed on the 5th floor of the Central Tower. This was followed by a friendly meeting with Board of Trustees Chair Tashiro in the conference room on the 17th floor.

General Director Gagarina said that young students learning the customs and culture of different countries through exchange programs will help in realizing smooth solutions when facing various issues in the future. She also commented how wonderful it is that Soka University has formed exchanges not only with Moscow State University but also with many other universities. She was also moved by touring the Global Square, witnessing how the environment is prepared for faculty and students to interact together, as well as for student interaction. Ms. Gagarina expressed her hopes that the students will come to feel how fortunate they are to be able to study in such an environment and extended her wishes for Soka University’s continued happiness and prosperity. 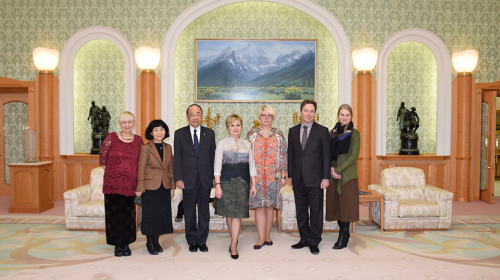 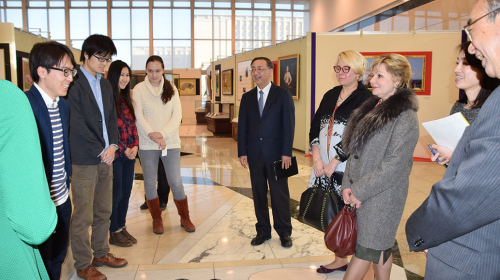