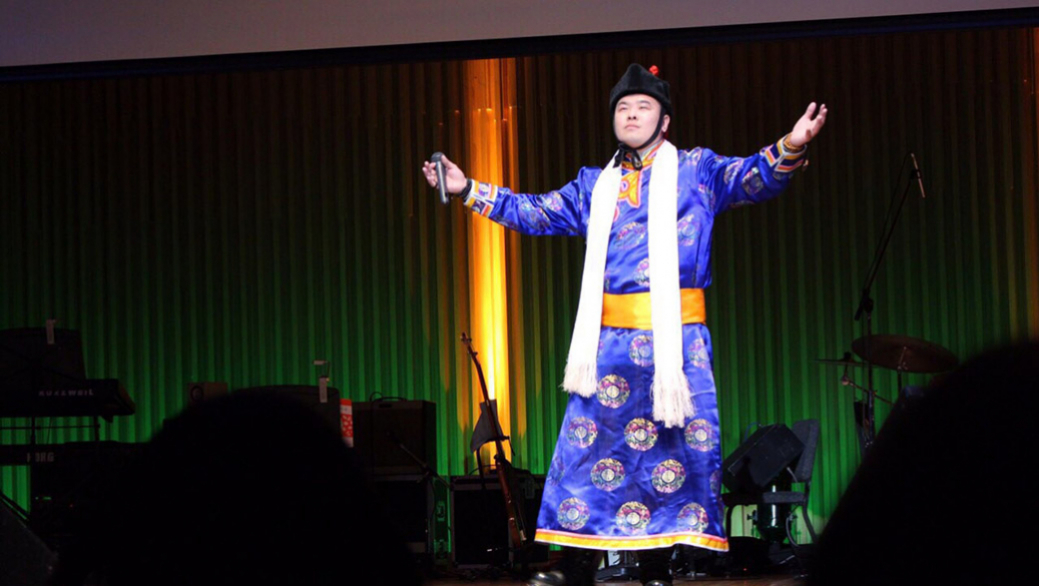 On January 10 (Sun), the 15th Foreign Students’ Music Contest (sponsored by the Japan International Cultural Exchange Foundation [JICEF]) was held at the National Olympics Memorial Youth Center, participated in by exchange students studying in Japan from various countries around the world and where exchanges among foreign students and with the people of Japan took place. In this event, Yang Yang, who is a freshman at Soka University’s graduate school, Faculty of Letters, majoring in pedagogy, won the Special Award (actually, 2nd place).

The contest has a history tracing back to 1980, when it began with the purpose of promoting cultural exchange between Japan and foreign nations, thereby contributing to the promotion of mutual understanding and friendship. Among past participants, there was a foreign student who made a debut as a professional artist. The 15th contest was attended by students with unique talents from 19 countries, including Asia, France, Austria, the Republic of Benin, and Brazil, and they performed their nation’s respective traditional art and modern music.

The preliminary audition held in November last year was participated in by 49 teams from 22 countries, out of which 24 participants from 19 countries performed at the main contest.

Yang, who is from the People’s Republic of China (Inner Mongolia), wore a traditional costume and remarkably performed the folk song, Xilin River. Yang shared his feeling of elation, saying how happy he was to perform a Mongolian folk song at his first music contest as a Soka University international student. He also expressed his determination to strive hard to introduce Mongolian culture to the people of Japan and to contribute to the friendship between Japan and China through art-related exchanges. 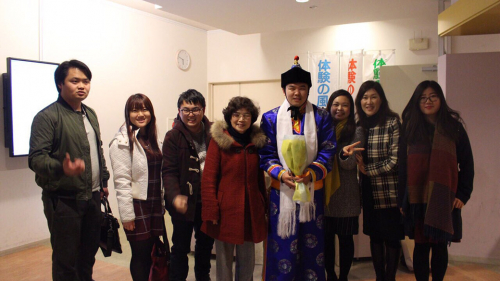 Together with other members, who came to provide support 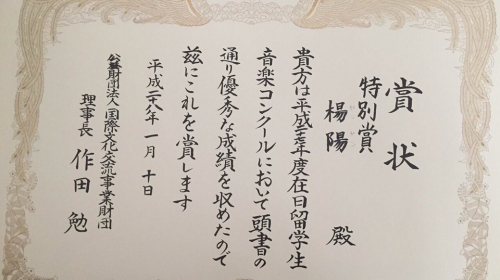