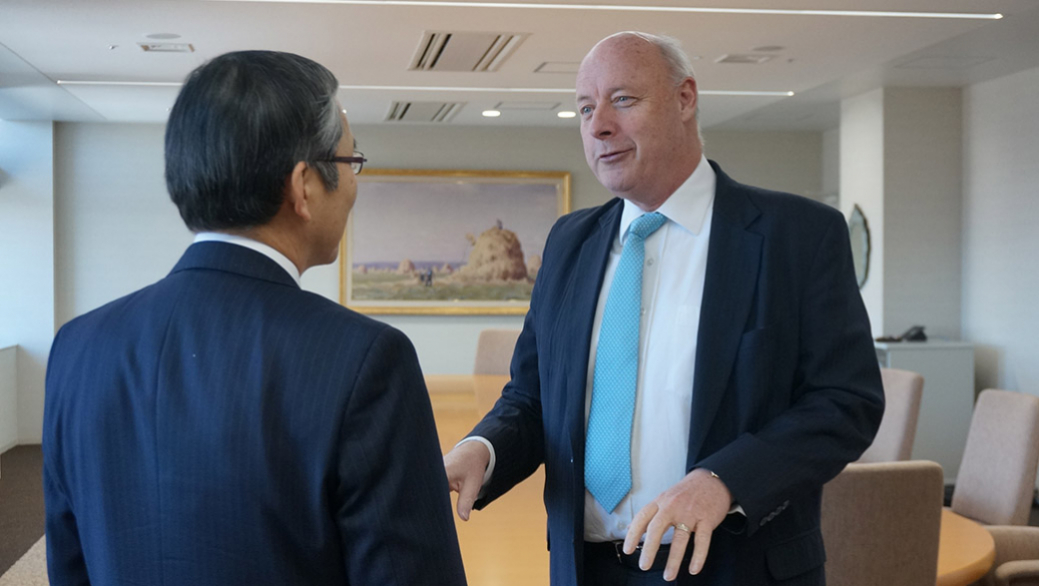 On January 19 (Tue.), the Kingdom of Denmark’s Ambassador to Japan Freddy Svane visited Soka University and met with President Yoshihisa Baba and International Director Masaru Osanai.
Mr. Svane served as ambassador to Japan from 2005 to 2008 and was reappointed in August last year, and this was his third visit to Soka University. Ambassador Svane first of all shared that, after a return to Japan, he heard about the university’s continued development and wanted to make a visit. He was impressed with the Global Square.

During the meeting, the ambassador shared that 2017 marks the 150th anniversary of the establishment of the diplomatic relationship between Denmark and Japan, which serves as an opportunity for further exchanges between the two nations. He related that cultural exchange is most important, and he expressed his expectations for further student exchange between Soka University and universities in Denmark. He believes that mutual understanding among young students through interaction with different cultures and values will lead to a peaceful world. The ambassador also shared that, after a return to Japan, the topic discussed daily within the embassy is how to increase student exchange. As this is a crucial time for both nations, he offered his support in any way possible, in order to contribute to the development of both nations through education. 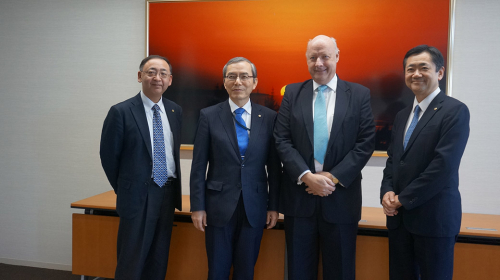 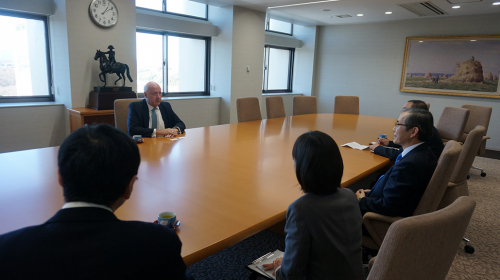