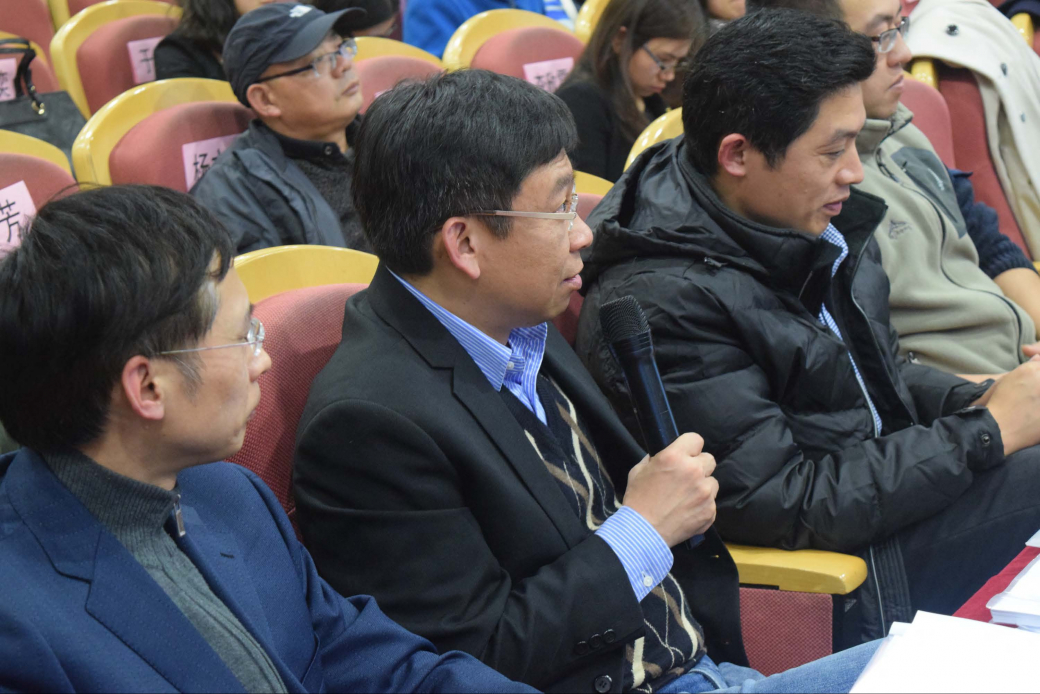 From December 21 to 31 (local time), Soka University’s Associate Professor George Wang delivered lectures and conducted research presentations at the School of Finance of the Shanghai University of Finance and Economics, as invited by the university. He also served as a judge for the final examination of a financial case study presentation sponsored by the university.

The Shanghai University of Finance and Economics is a national university directly connected to the Ministry of Education of the People’s Republic of China and is one of the National Key Universities listed in Project 211.

Associate Professor Wang’s research theme is “Quantitative Research on Corporate Social Responsibility.” He conducts his research based on a unique CSR scale model, using a wider range of stakeholders as a source of measurement. Through international conferences and paper presentations, he is sharing the results of his research through lectures to students and research talks with professors regarding the CSR scale, which he devised at universities in various countries to which he was invited as a guest professor.

Mr. Wang shared that if a more accurate CSR scale is put to use, good corporations in the truest sense can be discovered, enabling an improvement in corporations’ social responsibility and providing better products to consumers. Corporations will begin to explore ways to widely contribute, such as for government, local communities, society, and the environment, as well as consumers, rather than solely focusing on monetary gain. He commented that an outstanding CSR scale, which can serve as a source of information for making decisions, in itself can contribute to society and people. Mr. Wang also said that since he is a researcher, he requires a lot of evidence. He said that he has so far collected data from the United States, Taiwan, and China, and is now focusing on Japanese corporations, as there is no data that uses such models in Japan. He shared his hopes to advance research in Japan, collaborating with specialized professors at Soka University. He also shared that each time he visits various universities under invitation, many students express their desire to study abroad at Soka University, and he said that he would be very happy to see further exchanges among motivated students.

An overview of Associate Professor Wang’s research talks is as follows:
Dr. Wang also delivered research talks titled “Quantitative Research on Corporate Social Responsibility” (企業社会責任的量化研究) to faculty and graduate students. The study of corporate social responsibility (CSR) has been of great interest to business academics and practitioners. Literature in this line of research reveals that the views taken by researchers regarding CSR are essentially diverse. Take Milton Friedman's famous argument in his book, Capitalism and Freedom, in 1971. He argues that in a free economy, there is one and only one social responsibility of business―to use its resources and engage in activities designed to increase its profits so long as it stays within the rules of the game. By contrast, Carroll (1991) proposes a pyramid model that a firm should aim to meet four levels of social responsibilities, i.e., economic, legal, ethical, and philanthropic. Researchers in recent years elaborate on firm’s CSR behavior from the perspectives of stakeholder and global citizen. The earlier studies on CSR were conducted by mostly qualitative methodology. In this talk, several quantitative methods and applications on CSR research was discussed in a relatively general manner to meet the needs of audience. 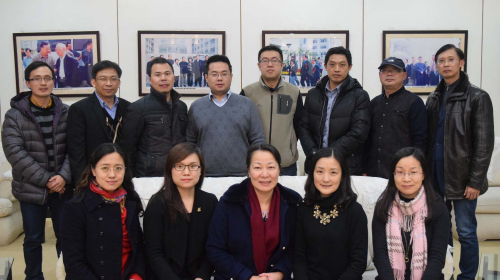 Associate Professor George Wang in the back row, 2nd from left Invitation from the Shanghai University of Finance and Economics