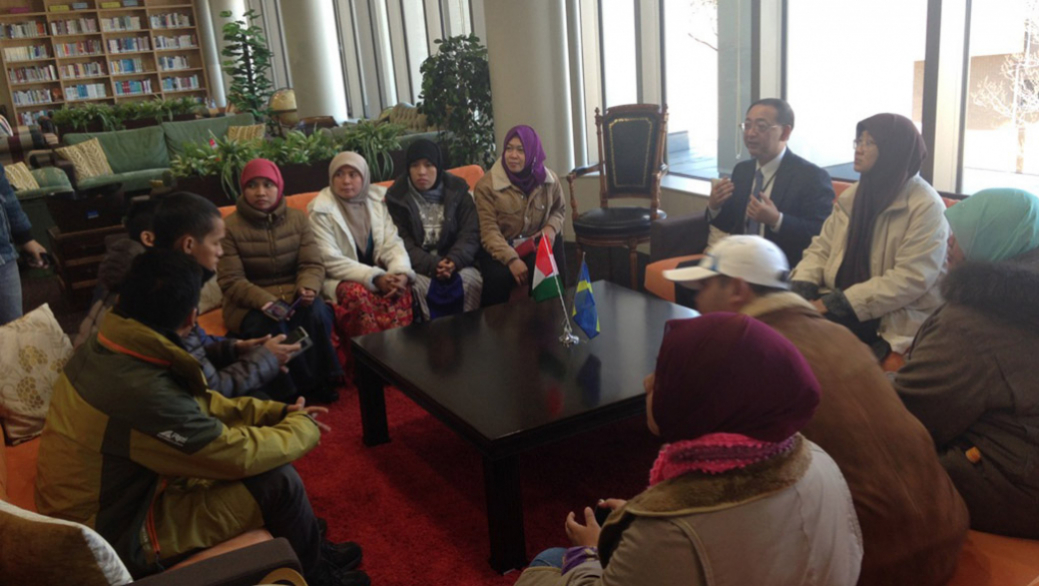 On February 2 (Tue.), Board of Trustees Chair Vera Rina Dewi and a party from Indonesia’s Daarul Jannah Islamic School visited Soka University.
The party was welcomed by Administrative Director Hiroki Shimoide of the International Affairs Office and other staff, and a meeting was held at the Global Square. A DVD, “Toward a global hub for humanistic education,” introducing Soka University, was shown, and an explanation was given on the various programs of each faculty at the university, along with the international exchange programs, global education, and acceptance of international exchange students. This was followed by questions pertaining to Soka University’s exchange student system, scholarship, and student life. Then, the party toured the Gran café and the Flower Lounge, as well as the learning facilities, including the Learning Commons SPACe in the Global Square.

When Board of Trustees Chair Vera Rina Dewi was a college student, he said that he was touched by Hotaru Kagayaku (Firefly Shines), a children’s story composed by Dr. Daisaku Ikeda, the founder of Soka University, and he even wrote his graduation paper with this story as material. Even after founding Islamic kindergartens, elementary schools, and middle schools in 1999, he has continued to teach children the spirit of this work, which teaches the preciousness of life. Last year, he encountered an exchange student from Soka University studying at the University of Indonesia, and he came to know Dr. Ikeda, and exchanges between Soka University and Daarul Jannah Islamic School began. Following the visit made in November of last year, on this second visit, the school’s faculty as well as students participated in the tour. The party was very elated as they viewed the well-devised educational facilities. 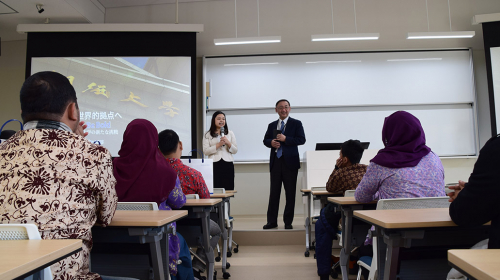