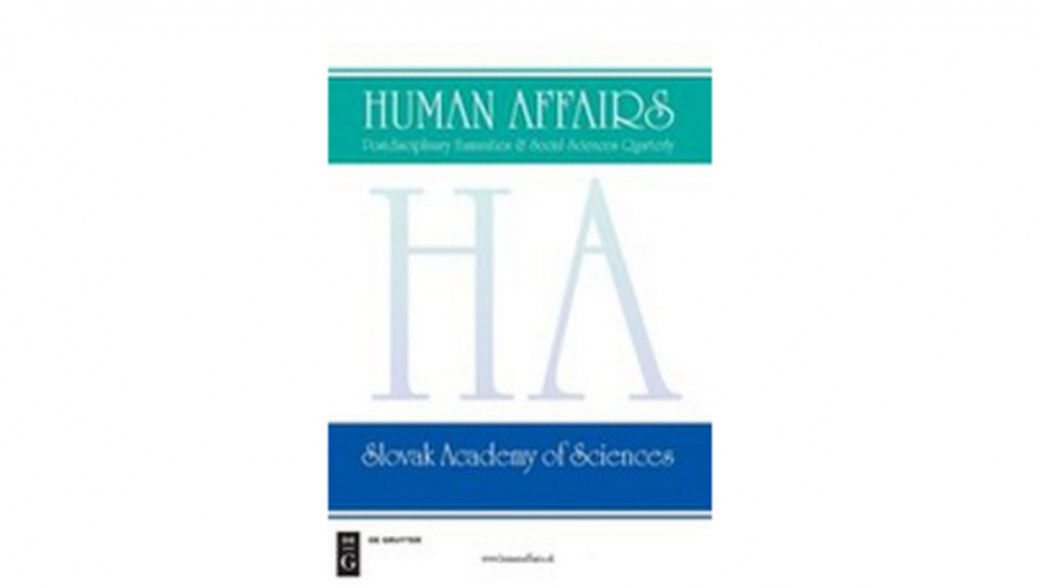 The journal was established in 1990 to aid in the development of the fields of humanities and social sciences. It is an English journal published by the Slovak Academy of Sciences.

The published paper is part of the outcome of basic research on “Political Social Ideas of Karl Mannheim during the British Period --- Spiritual Democratization / Christianity / Rationality” (Topic number 15K03297), based on Grants‐in‐Aid for Scientific Research (C) (General).

While shedding light on the “democratic personality” theory of the social planning theory advocated by Karl Mannheim before he fled to the United Kingdom, a theory that has not been considered much in the past, Professor Yamada discusses, in his paper, its point of agreement with citizenship education theory in modern democracy. In particular, he stresses that Mannheim’s “integrated behavior” in which one accepts self-modification in communication with others substantially overlaps with the “reasonableness” that is discussed today in democracy theories.

Professor Yamada said that the published paper is based on the research presentation that he made last year at the Political Studies Association of the UK (PSA) and at the World Psychological Forum (WPF) in the Czech Republic, but that the original idea traces back to his graduate years. He said that he was reaffirmed such that when considering “democratic behavior” in the context of modern democracy, it overlaps with discussions on classic social psychology. Professor Yamada also said that while he has continued to read and attempt to understand the writings of sociologist Karl Mannheim for many years, he felt how challenging it is to have a paper published on this topic, as this is not at all a major subject of research in the field of political science. He then shared that, while the need for interdisciplinary studies is often emphasized, he was once again convinced that such studies are horizons that unfold as a result of thoroughly examining one’s own discipline. He also shared his determination to continue steadily carrying out his studies as expressed in the saying, “Polish one sword for 10 years.”

Peer-reviewed paper*1: Appraisal and examination by fellow researchers and experts in the same field; this process takes place before the publishing of papers that researchers submit to academic journals.