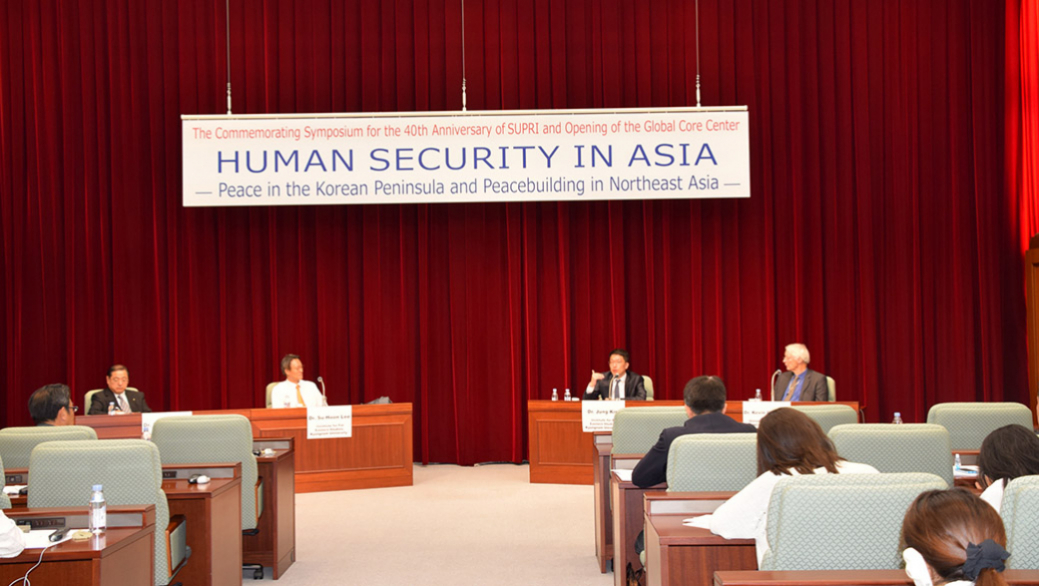 On May 21 (Saturday), an international symposium, “HUMAN SECURIY IN ASIA ― Peace in the Korean Peninsula and Peacebuilding in Northeast Asia ―,” was held at the International Conference Room located on the 14th floor of Soka University’s Central Tower Building. This event commemorated the 40th anniversary of the founding of the university’s Peace Research Institute and the opening of the Global Core Center as part of the Top Global University Project.

Ever since opening, the Peace Research Institute has been engaged in the establishment of peace in the Asia Pacific regions. This time, reports were made by Dr. Su-Hoon Lee (a researcher from the Institute for Far Eastern Studies, Kyungnam University, in South Korea), Dr. Jung Kim (of the same university and from the University of North Korean Studies), and Dr. Kevin Clements (from New Zealand’s University of Otago), who is the Secretary General of the Toda Institute for Global Peace and Policy Research.

At the beginning of the symposium, President Yoshihisa Baba introduced how the Peace Research Institute was founded based on the philosophy of “Be a fortress for the peace of humankind,” which is one of the founding principles of the university. He also said that, aiming toward its 50th anniversary, Soka University will foster global citizens that aim to create peace and a sustainable global society, establish universal humanism and the dignity of all people, and realize the freedom and potential of all people.

Dr. Lee spoke about the impact of nuclear development by North Korea on peace in Northeast Asia. He shared the need to not only strengthen economic sanctions but to restart six-nation conferences. Meanwhile, Dr. Kim introduced an empirical analysis of public opinion by the people of Japan and South Korea regarding each other. Also, Dr. Clements shared the importance for Japan, China, and South Korea in making efforts, with sincerity and focused creativity, to highlight mutual commonalities rather than mutual differences.

In the panel discussion, answers were provided to questions that were posed by participating students. Deep discussions took place regarding the process of building cooperative relations, the roles of young people, and the preferred shape of communities. All scholars emphasized that a foundation of peace can be established by increasing our friendships, right here and now, and by expanding the networks of such friendships. The panel members also shared their expectations for the students to become people that can “put themselves in other person’s shoes.” 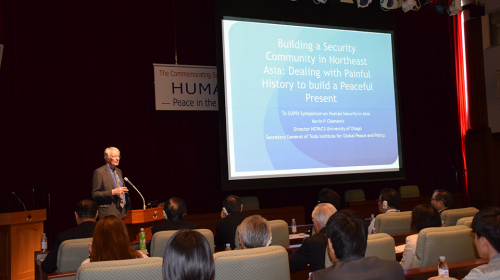 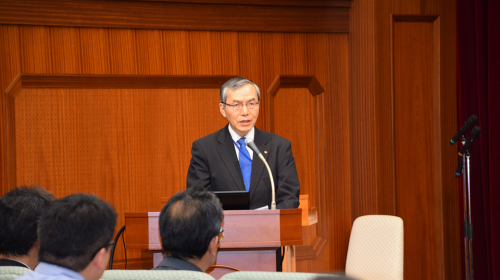