On May 19, Ambassador Waleed Ali Siam led a delegation from the State of Palestine Embassy on a goodwill visit to Soka University. President Yoshihisa Baba and Director of Japan Studies Centre Isao Takagi were among those who welcomed the Palestinian delegates.

Before his appointment to Japan in 1999, Ambassador Siam worked at the World Bank representing Palestine. Over the past 18 years, he has contributed greatly to building a strong bilateral relationship.

During his visit to the Soka University campus, Ambassador Siam said that education firmly rooted in humanitarian principles were vital in the peaceful resolution of issues. The ambassador and his fellow delegates also toured Soka’s SPACe learning center, engaging students there in a friendly discourse. 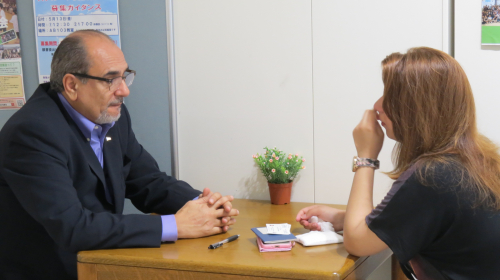 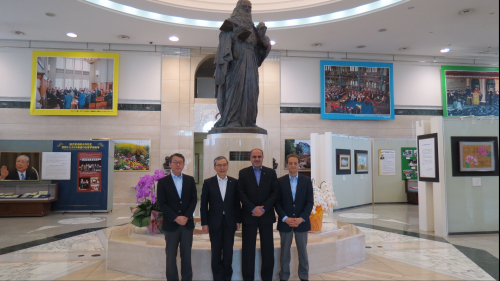