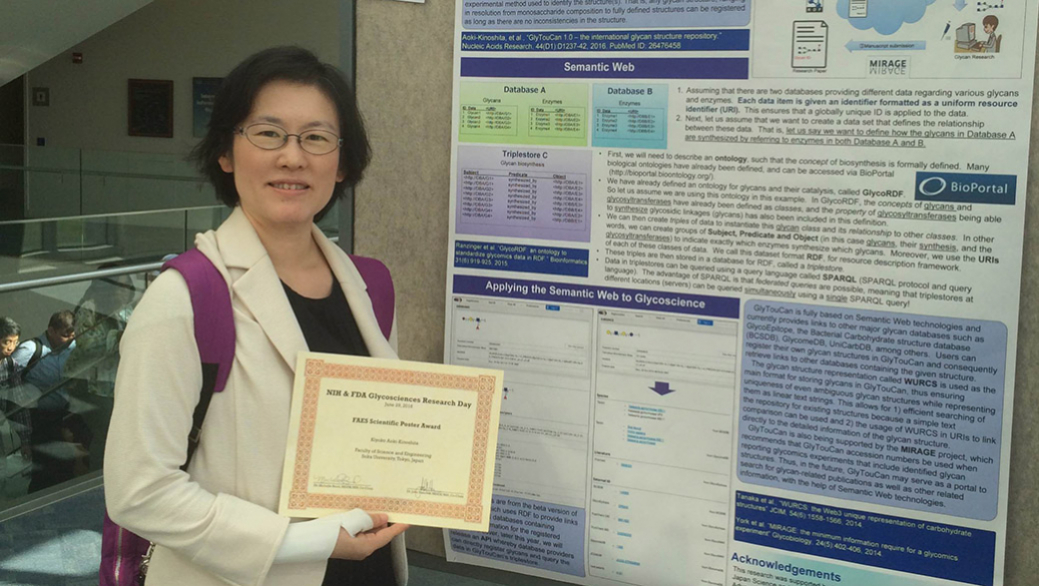 The theme of the presentation was “Semantic Web Technologies to Integrate with Life Science Databases,” and there was a report on the research results of the “Development of an International Glycan Structure Repository and Integrated Glycan Database” of the Life-Science Database Integration Project by the Japan Science and Technology Agency.

This is an annual conference that began in 1995 when the first conference was held by the United States National Institute of Health (NIH) and Johns Hopkins University. This year, approximately 300 researchers from around the world gathered, which was the highest level of attendance to date. A total of 102 researchers presented their most recent glycoscience research results, including those involving glyco-informatics and glyco-analytical science, in addition to the physiologic function of sugar chains, such as in the impact of the antibody response of sugar chains and this relationship with HIV and prions. Out of the 102 presenters, 12 won a Poster Award.

Professor Kinoshita shared that she is very honored to receive a Poster Award, although she admits that there is still much to learn about information science as related to sugar chains. She feels that this has become an opportunity for a national research institute of the United States to get to know the name of Soka University, and she expressed her determination to make further efforts to significantly contribute to the field of glycoscience.