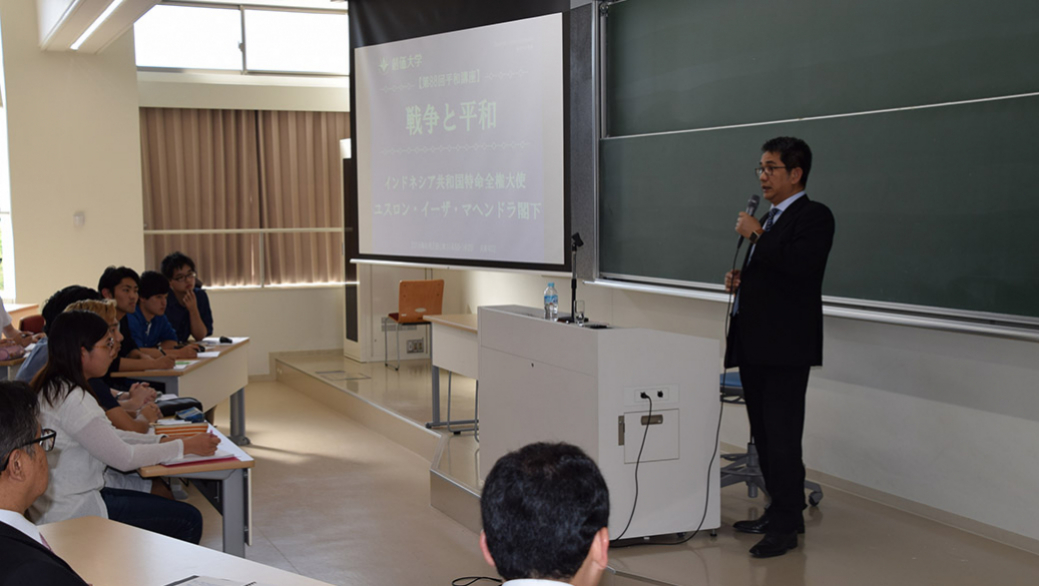 On June 2, His Excellency Yusron Ihza Mahendra, Ambassador of the Republic of Indonesia to Japan, delivered a commemorative lecture at Soka University, with President Yoshihisa Baba and Japan Studies Center Director Isao Takagi escorting him during his visit to the campus.

Ambassador Mahendra visited a number of facilities and met with students from Indonesia who are studying at Soka. He then delivered “War and Peace,” a lecture on war and conflict since the end of World War II. In his lecture, the ambassador cited the need for a philosophy that inspires people to live as humanely as possible and that leaders of nations must learn to embrace the importance of patient engagement in dialogue.

The lecture was followed by an open discussion with Soka students on various issues, including Japanese acceptance of refugees. 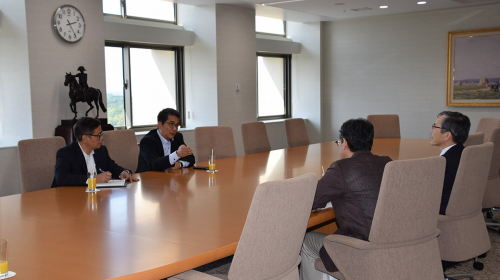