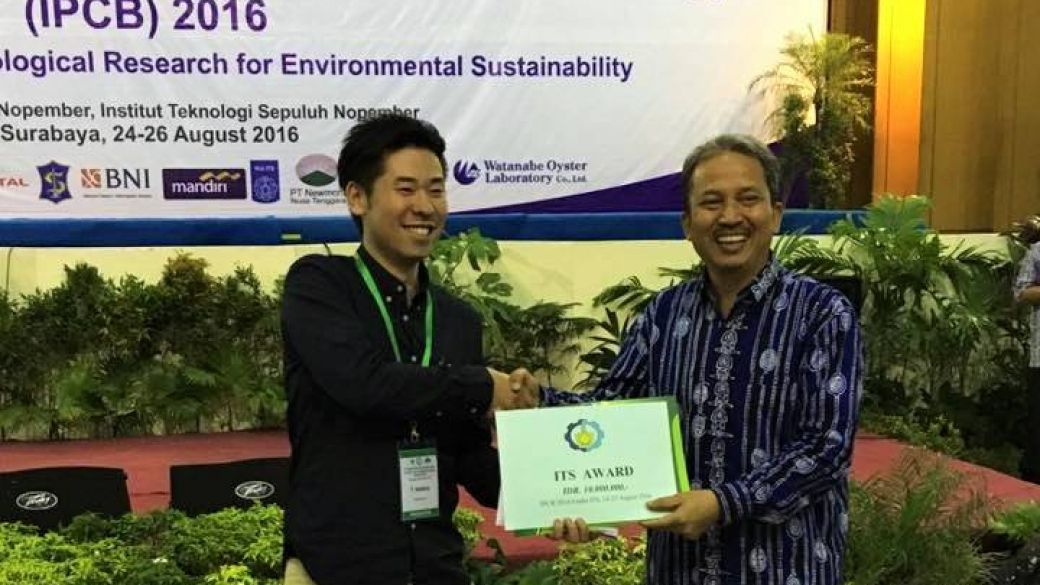 The 3rd International Postgraduate Conference on Biotechnology (IPCB) 2016 was held from August 24 to 26 at Indonesia’s Institut Teknologi Sepuluh Nopember (ITS), where a Soka University graduate school student won the “Most Outstanding Award.”
This conference was held under the theme “Current Trends in Biotechnological Research for Environmental Sustainability,” with approximately 120 participants from 20 universities and research institutions in 11 countries. The conference consisted of lectures by invited researchers from Belgium, Spain, Japan, South Korea, and Taiwan, study presentations by many graduate school students, including those from Soka University, and young researchers, as well as various workshops.

In addition, the ITS award for outstanding basic research was presented to Mr. Toshimitsu Kodera (a master’s program sophomore) of the Soka University Graduate School of Engineering. Mr. Kodera said that by participating in the conference, he was able to hold meaningful discussions on research with students of his generation that are engaged in research in various fields, ranging from wastewater treatment to drug development. He was also able to build deep bonds of friendship by sharing his dreams and exchanging opinions with other participating students. Mr. Kodera is determined to continue engaging in research activities, with this conference as a source of encouragement.
This international conference is held every other year with the aim of supporting young researchers and building a network in the Asian and Pacific region. The first conference was held at University Malaysia Terengganu, and the second conference was held at Soka University. This third conference was attended by ITS Rector Joni Hermana, Soka University President Yoshihisa Baba, and University Malaysia Terengganu Vice chancellor Nor Aieni. At the opening ceremony, President Baba gave a keynote address, titled “Invention and Technological Renovation, Economic Growth.” 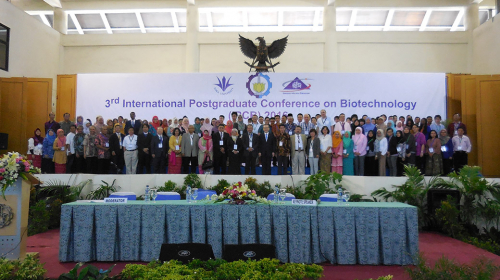 Photo of all conference participants 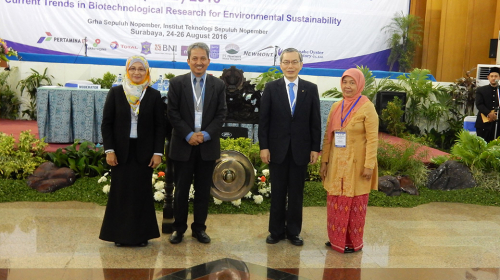 From left: Vice chancellor of University Malaysia Terengganu, rector of Indonesia’s ITS, Soka University president, and the conference’s chairperson