From April 26 to April 28, 14 students from Soka University and two students from Soka Women’s College participated in the 2017 ICU Cheerleading World Championship held in Florida, USA as part of the delegation representing Japan. This year, Masaki Matsuo (Faculty of Literature) and Koichi Matsumoto (Faculty of Education), the pairing that won in last year’s games, teamed up again to compete in the Team Hip Hop Doubles, while the entire 24-person “Team Japan” also performed in the Team Hip Hop category.

The ICU Cheerleading World Championship was formed to promote and develop the sport of cheerleading and dance internationally. Held once a year, it is the largest championship of its kind, with some 30,000 people from over 100 countries participating in the games since its formation.

Last year, Matsuo and Matsumoto, who were both freshmen at the time, competed against 18 other countries in the Team Cheer Hip Hop Doubles category and won first place—the first for a Japanese team.

This year, the same duo, which trailed by 5.5 points behind the leading team entering the finals, came back to win the gold prize for the second consecutive year. Team Japan, which placed second in the Team Cheer Hip Hop category last year, fell by 14 points to the leading team as it entered the finals, but it too scored a dramatic upset win and won first place. The Japanese delegation competing in the Team Cheer Pom-Pom Doubles also won first place.

The following are the scores for the categories in which Japan competed: 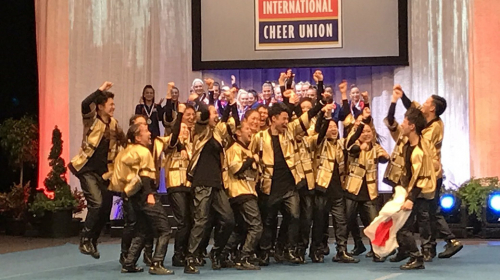 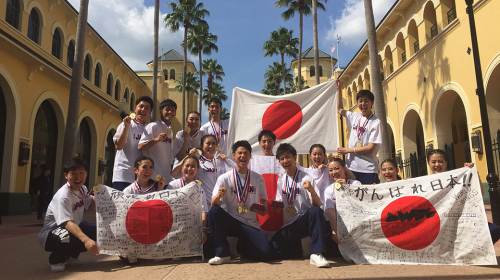 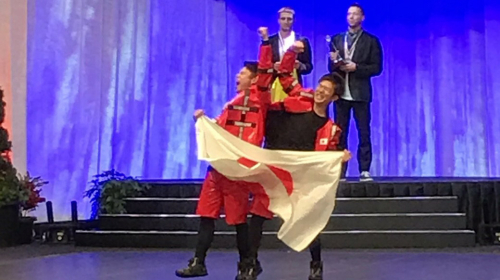