Twenty-five students from Malaysia’s Universiti Tunku Abdul Rahman (UTAR) participated in a short-term Japanese language course at Soka University from May 14 to 24.

In addition to studying Japanese, the Malaysian students also had lessons on traditional Japanese culture, held an exchange meeting with the university’s Southeast Asia Research Club, and enjoyed a day trip to an amusement park. At the closing ceremony, Isao Takagi, head of Soka’s Japanese language and cultural education center, presented each of the students with certificates of completion, after which they shared a few words reflecting upon the course.

The Japanese language course for UTAR students, now in its fifth year, began in 2012 upon UTAR’s request and with the hope of furthering academic exchange with Soka University. An academic agreement between the two institutions was signed, and thereafter, Soka University has welcomed both short-term and long-term study abroad students from UTAR. 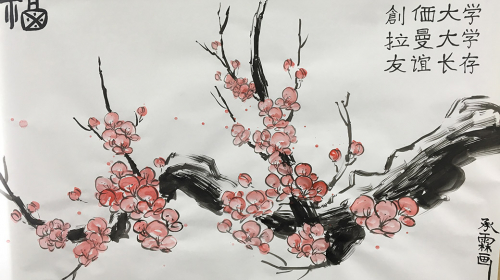