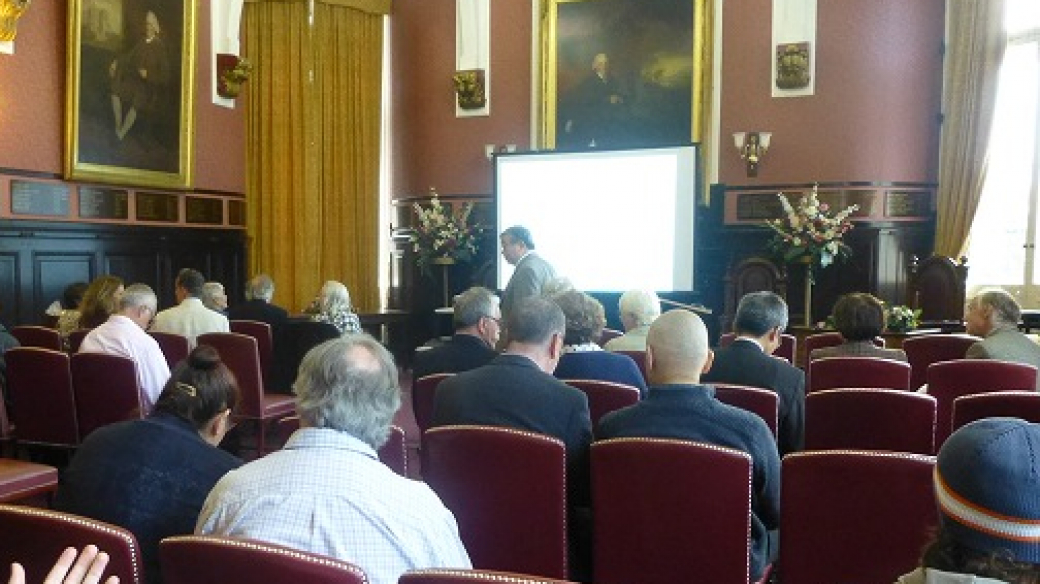 On August 31, Soka University Faculty of Economics Professor Masami Kita, who also serves as director of the university’s center for comparative cultures, was invited by Lord Charles Bruce, a descendant of the Lord James Bruce, 8th Earl of Elgin, of the Japan Society of Scotland and the Consulate General of Japan in Edinburgh to give a lecture at the Dunfermline City Chambers in Fife, Scotland. He talk was titled “British (Scottish) Diaspora in Japan initiated by James Bruce, the 8th Lord Elgin in the end of the Tokugawa and the early Meiji era.”
Prof. Kita has carried out research on the history of Japan and its exchange with other countries in the last years in the latter half of the 19th century, the last years of the Tokugawa period. In his lecture, Kita focused on the historical impact of Lord James Bruce, who had been posted in China during the second Opium war. Upon hearing that Commodore Perry of the United States had signed a commercial treaty with Japan, Lord Bruce immediately traveled to Japan and succeeded in achieving a treaty that opened up trade between Japan and the British. Kita went on to introduce the achievements of notable Scots who had moved to Japan during that period, including Dr Henry Dyer, the first principal of what is now the College of Engineering, University of Tokyo; and the entrepreneur Thomas Blake Glover, who lay the foundations of the shipbuilding industry; and many others.
Prof. Kita noted that there are numerous Scots who greatly contributed to the modernization of Japan, introducing new technologies to the country as scholars and engineers or through their service as diplomats. “By engaging in further research, I hope to continue communicating the history of Scotland and Japan in years to come,” he said. 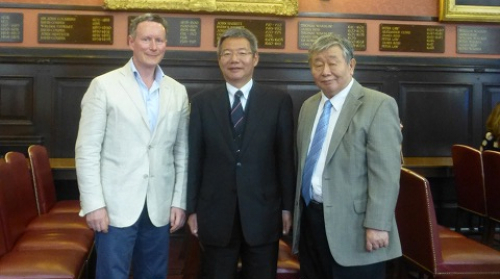 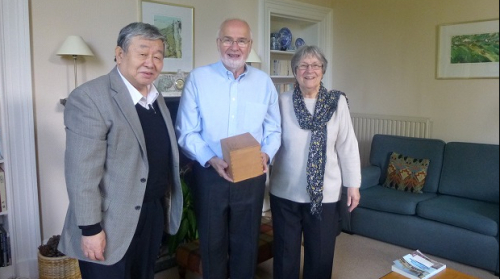