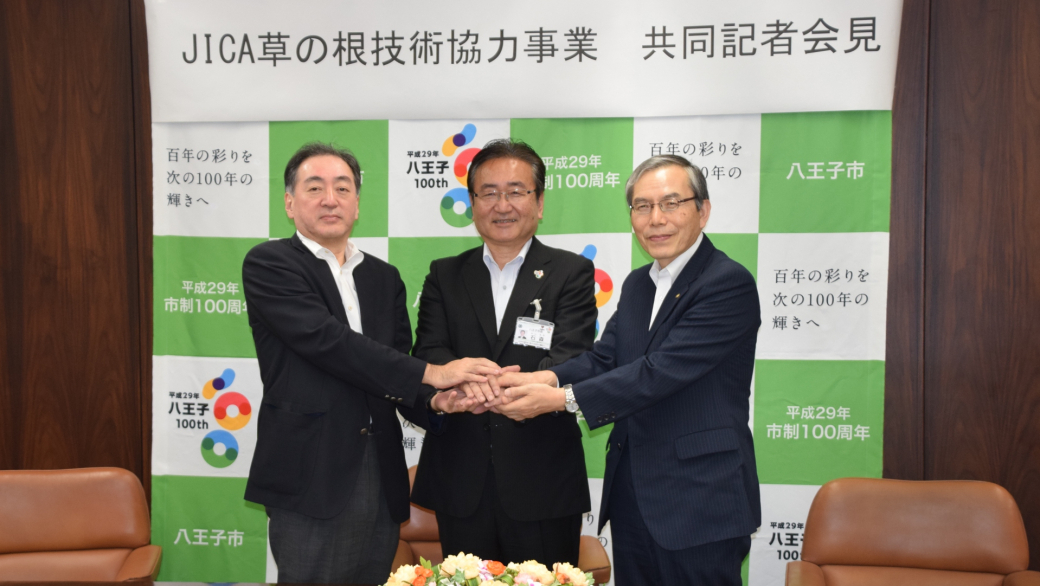 Soka University to participate in waste management project in Micronesia

The municipal government of Hachioji, where Soka University is located, has decided to work with the Japan International Cooperation Agency (JICA) on one of its technical cooperation projects. Soka was selected by the municipality to support the initiative. They signed an official consignment contract at the Hachioji city office on August 28, followed by a joint press conference.
The project entails supporting improved solid waste management in the Federated States of Micronesia, one of the many small island countries in the Pacific region that is struggling with poor waste management issues, such as large amounts of solid waste being discarded outside homes or in the ocean. According to data obtained in 2015, Hachioji city was rated as having the the lowest quantity of refuse per person in the nation. They hope to bring their expertise to use toward this project.
From 2018 to 2019, Soka faculty members and students will join Hachioji staff to visit Micronesia on three separate occasions, during which they will interview local residents and conduct research, as well as participate in public education programs to promote waste reduction and reuse.
At the press conference, Hachioji City Mayor Takayuki Ishimori stated that he was looking forward to utilizing the know-how of the city and working together with Soka University students, many who speak English, to help resolve some of the challenges faced by Micronesia. Next, Hiroyuki Kinomoto, Director General of JICA Tokyo welcomed Hachioji City and SUJ’s participation in the project, stressing that a scholarly perspective was important in order to create a solid waste management system that fits the needs of the local community. In his statement, Soka University President Yoshihisa Baba said that as an institution selected to be part of the education ministry’s Super Global University initiative, he hoped their participation in this project would contribute toward cultivating an ethos of global citizenship among students and fostering individuals capable of serving their local community of Hachioji and the world at large.