After the commemorative performance by the New Century Symphony Orchestra, Chairman of the Board of Trustees, Yasunori Tashiro, introduced the message from the university founder, Dr. Daisaku Ikeda.
In the message, Dr. Ikeda encouraged the graduates on their departure; “Continue on your challenges in contributing to society at each of your proceeding place of mission by transforming all hardships into strength, always for the people and together with the people.”
Once the graduates received their diplomas, the room was filled with congratulatory applause from the faculty members, current students, and parents of the graduates.

Soka University President Yoshihisa Baba gave an address; “In entering the society, alongside with the hopes and expectations, you may have anxiety for the new environment you’d be put into. The important thing in going out to society is to continuously make efforts even in the times of adversities and hardships, in other words, the indomitable spirit of never giving up. I believe that all of the graduates here have learned that indomitable spirit through the studies at Soka University and Soka Women’s College. Please be confident and embark on this new journey into the society.”
Finally, all of the participants sang the school song, vowing for their departure to the next stage. 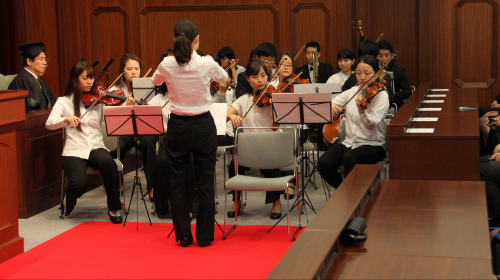 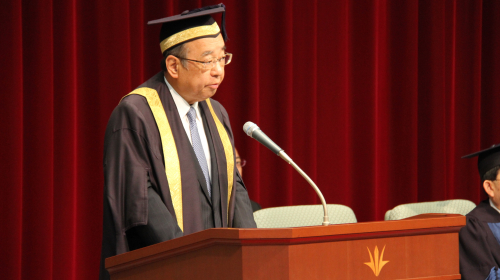 Message by Chairman of the Board of Trustees, Yasunori Tashiro 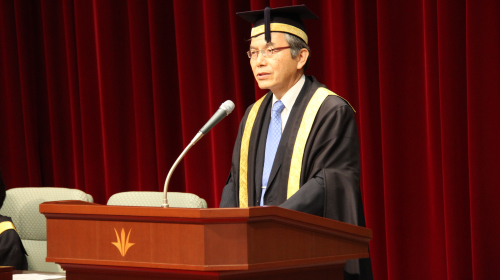