STeLA (Science and Technology Leadership Association) is an international student body. This year, from August 6 to 13, students in various fields, centering on science, from top universities in Japan, China, the United States, Europe, and the Middle East gathered to attend the forum. With the purpose of leadership training, recognition of global issues, and establishing a common vision for the future, while building an international network of leaders for the next generation in the field of science technology, students from Soka University as well as the University of Tokyo, Keio University, International Christian University, Tokyo Institute of Technology, and Saitama University participated from Japan.

In the first half of the forum, the participants studied theories based on the leadership model of the MIT Leadership Center. Through various activities, a program took place for everyone to elevate their skills to a practical level. A lecturer, who played an active role in the Dutch Army, was invited and lectured on stress management and on nurturing capable individuals. A professor at Leiden University that has experience in business also gave a lecture on the influence that technological progress has on market changes.

In the latter half, the participants, by each group, created an educational program in which people can feel closer to the goals of 2030, known as the “Sustainable Development Goals” (SDGs). The SDGs consist of 17 global development goals covering issues such as poverty, health, water, energy, and the labor environment, etc. Every day, the participants continued discussion from early morning to midnight, and in the end, every group was able to complete their task. The participants shared time together during breaks and meals, which served as opportunities to not only mutually share their culture but also a sense of value.

One of the participants, Mr. Matsumoto, shared that he was able to participate in the forum because he had studied English and policymaking since he entered Soka University. At STeLA, he was able to expand new perspectives, not only through discussions on future technologies but through daily conversations and by sharing ideas and views on values regarding such topics as euthanasia, which is legal in the Netherlands. Mr. Matsumoto deeply felt that the capabilities cultivated through the Global Citizenship Program are truly needed in actual practice and shared his determination to develop his English skills through his student life, while also developing his expertise in the field of science engineering, and while growing into a capable person that can contribute to society. 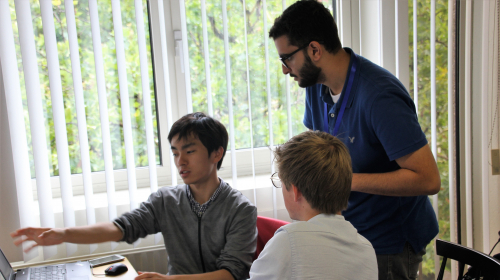 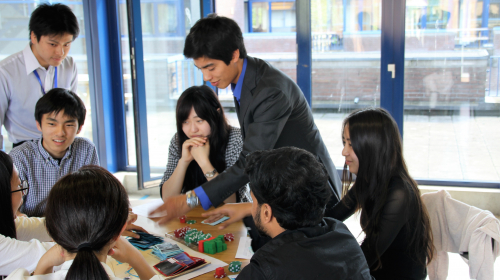 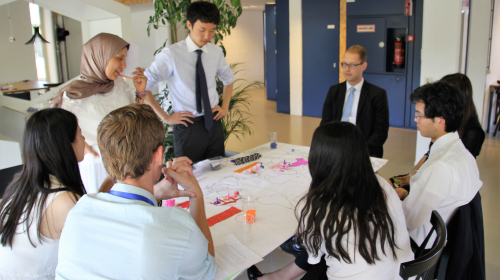