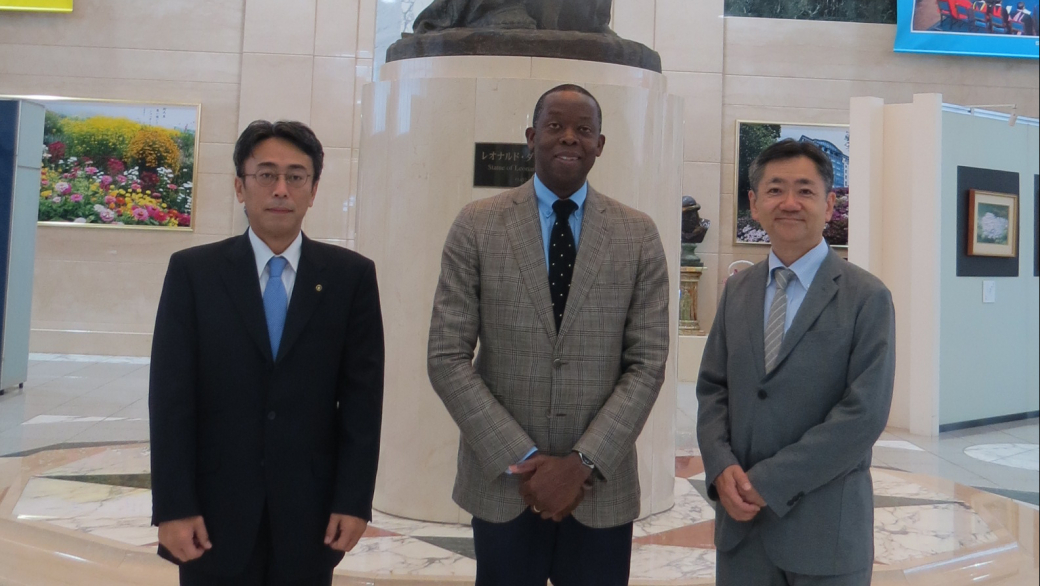 On Monday October 2nd, 2017, Vice Provost Dr. Charles Harvey of State University of New York at Albany visited Soka University and met with Professor Tanaka, Vice President and Professor Osanai, Dean of International Affairs. Dr. Harvey held the position of President of AIEA (Association of International Education Administrators), an organization for universities in the country to lead international exchange. One of the main reasons for visiting Soka University is to meet with many universities in the Asian regions.

State University of New York at Albany was founded in 1844, and is located in the capital of the state of New York. Known as one of the top universities in the field of cyber security, they also have language programs for Japanese, Korean, French, Spanish, etc. Also, Japanese is available for the Master`s program.

During the discussions, ideas for education programs and exchange opportunities of professors for both universities were discussed. Dr. Harvey states, “After seeing the founders’ exhibition at the Central Tower, I was surprised by the activeness of the founder, holding dialogues with famous people around the world. Especially leaving a positively deep impression of the exchange with Rosa Parks and former President Nelson Mandela. Most universities usually focuses on the university and domestic, but Soka University is opened for the world.” After the discussions, Dr. Harvey also visited the Learning Commons SPACe in Global Square. 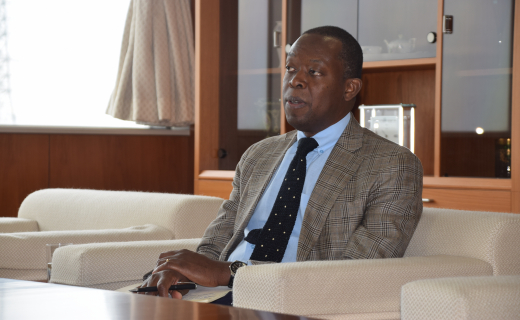