To date, Soka University has concluded exchange agreements with seven universities in India, starting with St. Stephen's College, University of Delhi, 25 years ago in 1992. Not only long-term exchanges but short-term training is also being carried out from 2007, with Rabindra Bharati University.

Ambassador Chinoy was impressed by the ideas and philosophy of Dr. Daisaku Ikeda, the founder of Soka University, and shared that there are many universities in the world and that each university has its own ideas and philosophy. Seats of higher learning including universities and colleges foster the youth that will shoulder the responsibility of future society. Ambassador Chinoy also shared that India is a society in which a diverse range of cultures and ways of thinking exist and that this was matched with Soka University’s idea to recognize diversity. He expressed his hopes to continue deepening friendship with Soka University.

Approximately 150 faculty, staff and students participated in the lecture, titled “Ancient Civilization and Dynamic Economy.” Ambassador Chinoy introduced the history and culture of India and expressed his hopes that the participants can come to know about modern India based on their understanding of India’s ancient civilization. He asked them to explore the reasons why India’s economy has further developed and why the population has increased. In Sanskrit, there is a saying that “Humankind is one family.” In order to realize this, institutions of higher learning play a major role. Lastly, as a message to the students in attendance, the ambassador shared that, currently, India is actively learning about Japanese culture. He also stated that Japan must help lead the world, due to Japan’s significant development. He hopes that the young people of Japan will learn many languages and make new friends around the world. 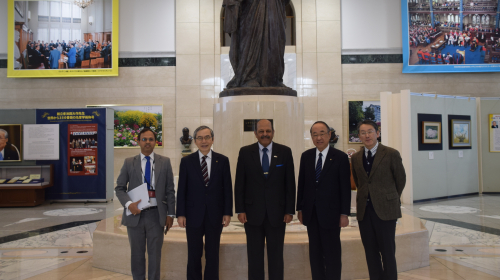 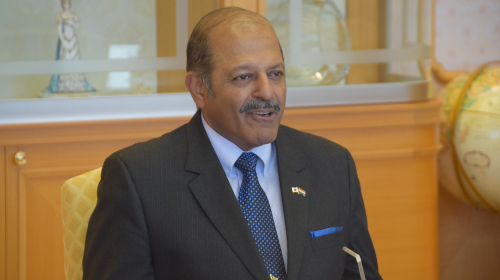 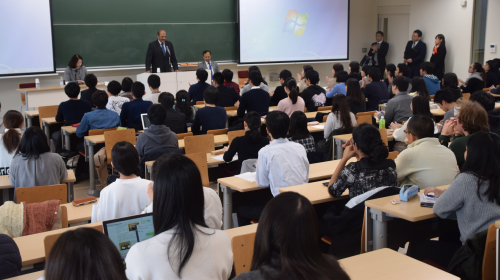