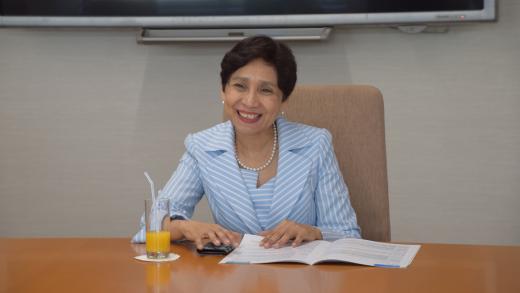 The Republic of El Salvador is a nation located in the center of Central America. Ambassador Zelayandia, who was inaugurated in 2010, has continued exchanges with Soka University, including her lecture at Soka Women’s College in 2015.
At this meeting, they discussed student exchanges, and Ambassador Zelayandia stated that there are many countries in Latin America that are friendly to Japan and that therefore could be important partners. She expressed the hope to create opportunities for exchanges among today’s students, who will shoulder the future so that a greater relationship can be built between El Salvador and Japan.