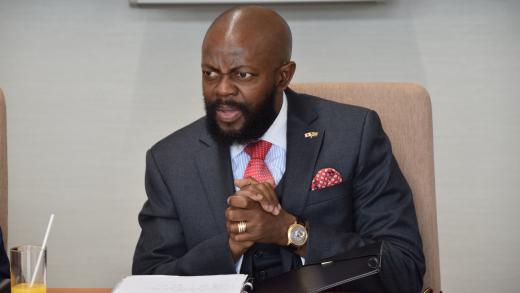 On Wednesday, June 27th, Ambassador Silence Dlomo of the Republic of South Africa to Japan visited Soka University and met with Soka University, President Yoshihisa Baba. After, Ambassador Dlomo gave a speech to students of the course “21st Century of Africa” under the theme “Be the Legacy Commemorating the 100 year Anniversary of the birth of Mandela”

Ambassador Dlomo said in the meeting, "Higher education institutions, starting with universities, I believe it is important to make contributions to solving social problems. I hope the exchange between Soka University and universities in South Africa will grow and improve in the future."
At the lecture he mentioned, "This year is the 100th birthday of former President Mr. Mandela. We have a mission to learn from his exemplary life and to inherit his dreams. Mr. Mandela walked the road of justice for the freedom of South Africa. There was a strong support from the international community, including Japan" To the students, Ambassador Dlomo said, "To understand Japan it is important to understand different problems in the world. Looking at the issue and thinking of what you can do and the action is very important, especially in what environment you are in.” 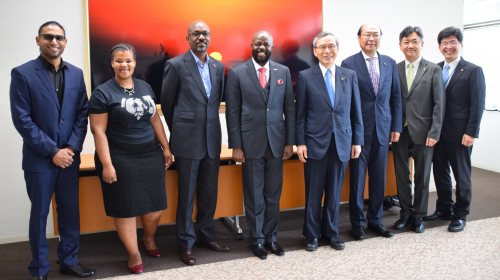 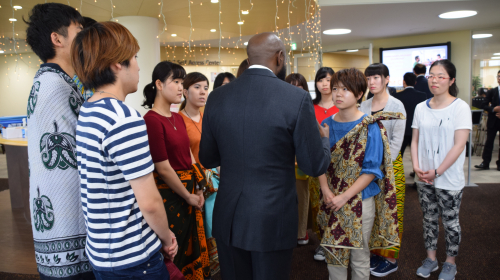 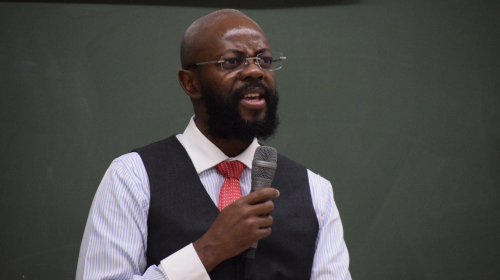 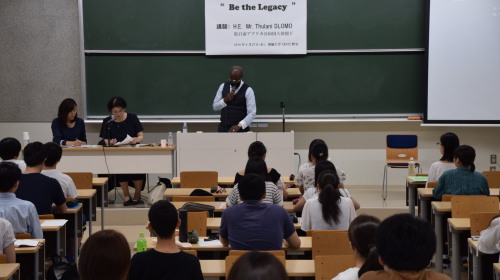