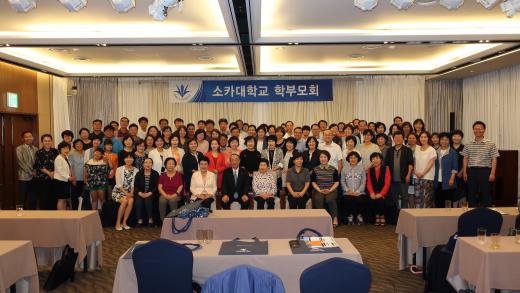 “Soka University Explanatory Meeting for International Students Admission” and “Parents/Guardians Panel” was held in Pusan and Seoul, South Korea on Saturday, June 30th, and Sunday, July 1st respectively. This was carried out as part of the “Top Global University Project”, the Chairman of the Board of Trustees Yasunori Tashiro was in attendance representing Soka University and around 800 high school students and guardians participated.
The Explanatory Meeting in South Korea has been held every year since 2012 and this year was the seventh time. At the Explanatory Meeting, there was an experience by a present and former international student. After, individual consultations occurred for general information of the faculty, dormitory, and campus life etc. 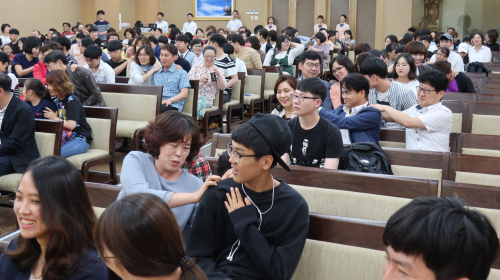