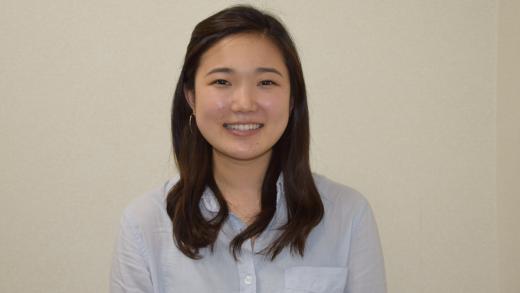 Soka University Faculty of Law third-year student, Emily Naomi Okabe was selected to represent Japan at the “Girls 20 Global Summit Argentina 2018”, in Argentina this October. This is the fourth straight year a student from Soka University was selected to represent Japan.
This year will mark the ninth time the summit will be held and women representatives from 26 countries and regions of G20 member countries will gather this time. One person from each country and region will be selected after screening and interviews of 18 to 23-year-old applicants.

The Girls 20 Summit is an International Women's Conference launched in 2009 by the “Clinton Global Initiative,” established by former United States of America President Bill Clinton. It aims to prepare a joint statement on the subject "Creating new jobs for 100 million women by 2025" and preparing a proposal for the leaders of each of the G20 countries.

Ms. Okabe said, "I learned about the summit from a senior who took part in it last year and wanted to challenge myself. I think that there is a social problem to be aware of because I was born and raised in the United States of America as a Japanese-American. There have been many opportunities to think about women’s rights through international student conferences and participation in internships. To discuss the feelings felt through this experience with many female students gathering from all over the world, I would like to collaborate and broaden the connection with future female leaders. "