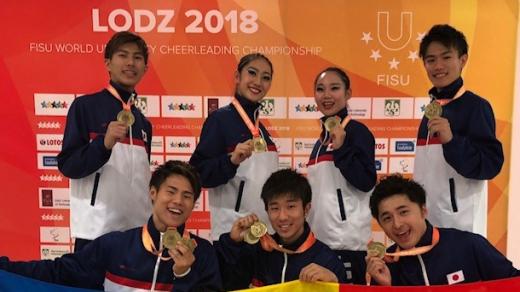 The FISU was established with the goal of expanding the roles and extent of university sports around the world. It believes that the values and practicing of sports have a complete synergy effect with the spirit of various universities, and proposes that the health, welfare, and experiences that students gain through university sports are valuable for these athletes to become representatives in the social realm.
This competition was the first-ever cheerleading World University Championships. Currently, in the sport known as “cheerleading,” approximately 3.5 million people are registered in the FISU from 110 countries and regions.

Mr. Matsuo, who served as the captain of the Japan representatives at this competition, shared some thoughts: “It was the first time for me to compete shouldering the name ‘Soka University,’ and I felt pressure, but I danced with all my might so as to leave behind a good result. I was able to perform without any regret, and it is thanks to everyone’s support that I was able to perform without such. I imbued my sense of appreciation in my dance. I was genuinely happy. When the results were announced, immediately, the feeling of “thank you” for all my teammates, who strove together, welled forth from my heart, and I felt that I was able to repay my debt of gratitude to them, even slightly. As there is still more to grow as a dancer and as a human being, I am determined to further grow and develop. In the next competition as well, we will aim to win four consecutive titles in doubles and three consecutive titles as a team. We will definitely win.”
Mr. Omoto said: “We were able to participate this time as Soka University’s and Japan’s representatives. It was a wonderful opportunity to share Soka University with the rest of the world. I refreshed my determination to grow into a proud Soka University student. At the final competition, I wanted to enjoy it and was determined to deliver our power to the entire world. I felt so refreshed as I concluded the dance with no regrets. I don’t know about my future, but I am determined to grow beyond my current self. When I heard the announcement of the championship, I felt that we gained global approval as Soka University students. More than winning a championship, I was happy to perform without leaving behind any regret and receiving wonderful responses from so many people around us.” 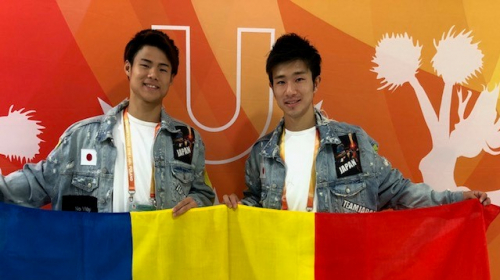 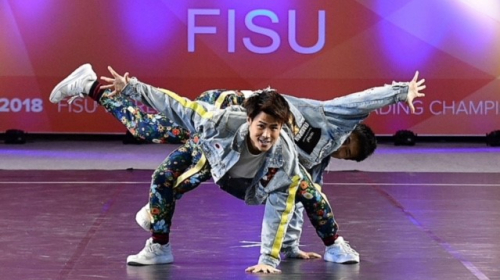 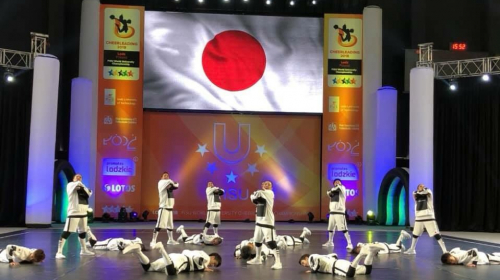