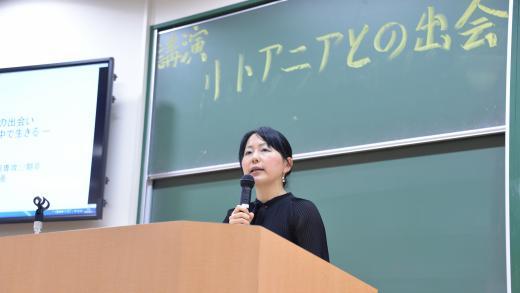 Alumni That Lives in Lithuania Delivers Lecture at a “Humanities” Class

On April 11, the “Humanities” class, a common subject for freshmen in the Faculty of Letters, welcomed alumni Ms. Maria Kishida, who delivered a lecture, titled “Encounters with Lithuania – Living with the kindness of people.”

Ms. Kishida is a graduate of the 22nd class and majors in Russian in the Faculty of Letters, Foreign Language Studies. She currently serves as an interpreter and tour guide in Lithuania, one of the three Baltic states. Upon her visit to Japan, she returned to her alma mater with hopes to share what may be of good reference for her juniors.

At Soka University, Ms. Kishida majored in the Russian language. After graduation, she joined a travel agency (in Japan) serving travelers visiting the former Soviet Union but later felt the urge to live overseas, and in 2000, she moved to Lithuania.
She studied Lithuanian in Vilnius, the capital city of Lithuania, for two years and joined an amber processing manufacturer. However, she was ordered to work at the company’s store in Okachimachi, Tokyo, so reluctantly, she returned to Japan.

As she worked, she wondered for what reason she had originally moved to Lithuania. Then, about three years later, an acquaintance recommended that she start an amber commissioning business in Lithuania. She was hesitant but recalled the founder’s guidance in which he said, “To know one’s mission means to find a path for which you will have no regrets in pursuing for the rest of your life. Then, human beings are strong. Fear and anxiety will disappear.” With this, she was able to make up her mind and once again moved to Lithuania in 2005.

With the warm support of the local people, her amber commissioning business took off successfully and orders came one after another. Clients that once she worked for in Japan also made orders one after another. Ms. Kishida passionately shared her experience, saying that it was only later that she realized that, although it was a struggle, the three years of work in Japan was a time that allowed her to establish the foundation of her amber business in Lithuania.

In 2007, she obtained a qualification as a tour guide. She was also blessed with opportunities such as supporting the embassy when the Japanese emperor and empress visited Lithuania. Later, a major company recruited her, but due to the 2008 global financial crisis, that opportunity fell through, which was not easy for her. However, she continued to patiently and wholeheartedly engage in the work that was in front of her. As a result, she gained great trust from the local people, and today, she has her own business that covers a wide range of activities, including tour guidance, coordination, research, interpretation, and translation.
In her lecture, she introduced pictures of beautiful tourist sites in Lithuania as well as famous amber and flax products. She also showed magnificent videos of a song and dance festival.

When she was a student, she wrote a letter of determination to the founder stating that she will become “an interpreter and translator in the future.” With bright eyes, Ms. Kishida shared: “Later, I felt several times that this may not be a fit for me, but I am now full of appreciation that I am leading my life, exactly as I promised.”
In the question & answer session after the lecture, she carefully answered each question from students that aspired to work overseas, such as “Don’t you feel lonely living overseas?” “What supported you when you faced problems?”

After the lecture, participants shared the following comments: “I was surprised by her ability to make decisions and take action when she decided to quit her job and move to Lithuania.” “I was encouraged by how she continued to open up her potential, firmly believing in her own mission despite several setbacks and obstacles.” 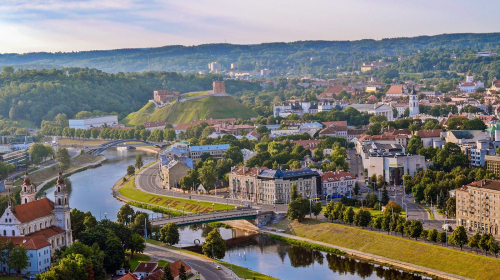 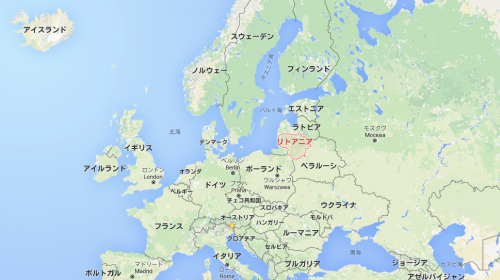 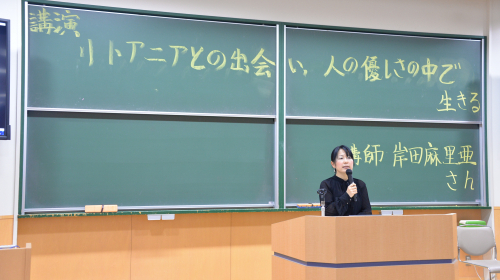 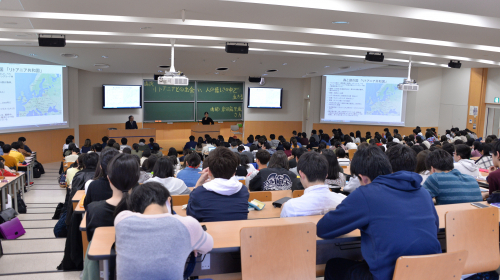