From September 4th to 23rd, the Theme 1 short-term training was held in Japan as part of the SATREPS-EARTH project. Dr. Mulatie Mekonnen Getahun, Assistant Professor from Bahir Dar University, and Mr. Zelalem Liyew Kassa, Deputy Director of Lake Tana and Other Water bodies Protection and Development Agency, came to Japan. The main topic of this training was “Water Hyacinth Observation Methods using GIS and Drones, and Lake Ecosystem Management”, and they participated in fieldwork, discussion, and laboratory visits conducted in Shiga Prefecture and Soka University.

Until September 21st, they joined a research activity at the Lake Biwa Environmental Research Institute (LBERI), Shiga Prefecture. They were given presentations on water pollution and Lake Biwa issues by Japanese researchers and joined a water quality survey of Lake Biwa. In addition, They visited the University of Shiga Prefecture and the Shiga Prefectural Office and had a discussion about changes in the land use system, etc. They also visited Nara and Kyoto to know Japanese culture. From September 22nd to 23rd, they came to Soka University and had discussions with professors and Ph.D. students.

Typhoon No. 14 was approaching during the training period, but we were able to conduct a very meaningful training thanks to the efforts of Dr. Kanako Ishikawa from LBERI and many other people. 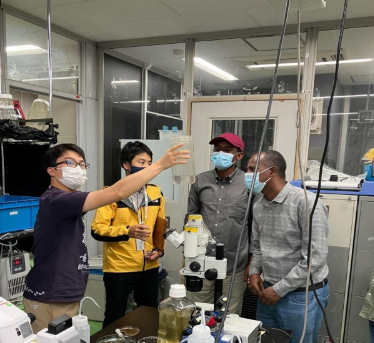 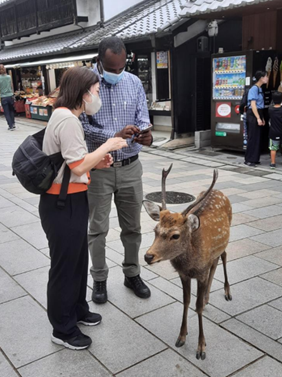