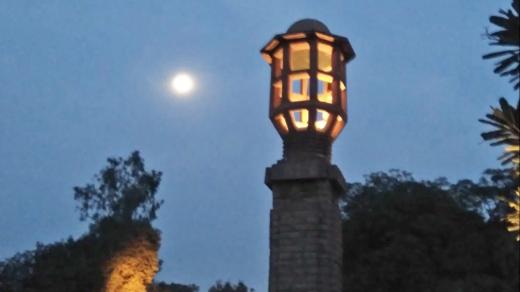 Today, we had British Delhi Heritage trip. We visited 6 places, and those buildings are related with St. Stephen's college. Firstly, we visited St. Crispin's Senior Secondary school. It was founded in 1895 and located in Gurgaon. The school became an education institution in 1924. We were invited to principal's room and had a nice tea. We ate Gujiya, which is traditional Indian food.
After that, we went to The Curch of Epiphany. It was established in 1867. The next building was St. John's church. As soon as we arrived, we received beautiful flower bouquet from the Priest. I felt so happy such a warm welcome. Reverend Samuel Scott Alnut, who was the founder and the first president of St. Stephen’s college, was the first vicar of this church. Then, we had a lunch in Mahabelly and ate stew of creamy white sauce. It is popular in Kerala, the area of South India. The person who runs this restaurant is graduated from St. Stephen's college. We enjoyed delicious meals.
Next, we went to Old St. Stephen’s college. The building was historical. It is now used as Election Education Centre-Cum-Museum. We could learn the history of Indian elections and democracy. St. James church is ‎located near the museum, at the intersection of Church Road and Lothian Road. It was built by Colonel James Skinner in 1836. The church houses several tombs of the British Commissioners. I was fascinated with the yellow color building. Finally, we visited Delhi Brotherhood House in 1927. We found the mark of fish in front of porch, which stands for the shape of praying. Through this trip, we learnt the culture influenced by British but mixed with Indian.
In the evening, we had Principal's Dinner at Senior Common Room with beautiful moon. We enjoyed talking with professors and teachers. It was wonderful day. 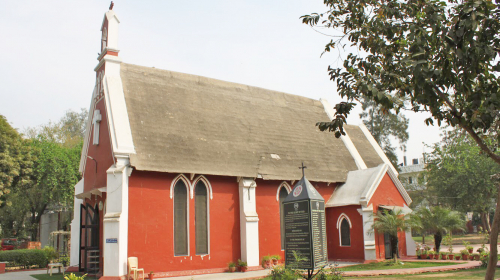 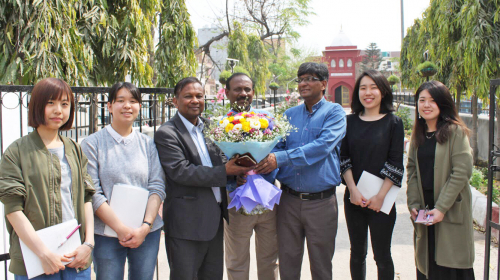 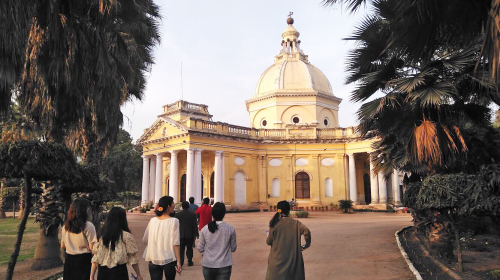 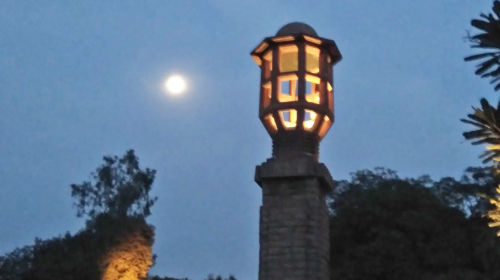 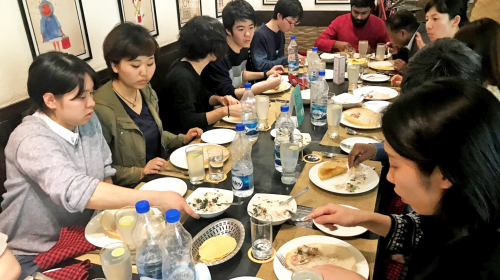