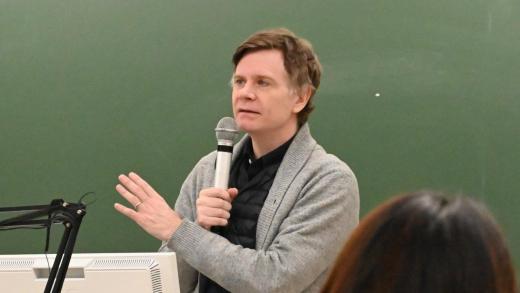 On 20 December 2022, Dr. Jason Goulah, the Director of the DePaul University Institute for Daisaku Ikeda Studies in Education visited the university and gave a special lecture at the Soka Education class held in English.

In his lecture, he spoke about the importance of Ikeda studies and Soka Education, and asked students to inquire about the significance and reasons why the founding father of Soka Education, Tsunesaburo Makiguchi, Josei Toda, and founder Daisaku Ikeda used different terms of “sekai-min”, “chikyu-minzoku shugi”, “chikyu-shimin” in Japanese respectively to describe the word “global citizenship”. Further, he shared about the increasing number of scholars in the world from various countries such as America and China, who have a growing interest in Ikeda’s philosophy and Soka Education.

After the lecture, Director Goulah answered a few questions from the students, such as the reasons why he started to research in the field of Ikeda studies and Soka Education, and the background of the establishment of the institute at DePaul University.

Director Goulah visited our institute after the lecture, where he also met with other faculty members of IRISE.

The Institute for Daisaku Ikeda Studies in Education at DePaul University was established on April 25, 2014, which aims to research the philosophies and practices of Mr. Makiguchi, Mr. Toda, and founder Ikeda. Every year, symposiums on value-creating education are held.

In May 2019, the Institute for Daisaku Ikeda Studies in Education concluded an academic exchange agreement with IRISE, with the aim of jointly engaging educational and research activities, and has been engaged in a series of exchanges since then. 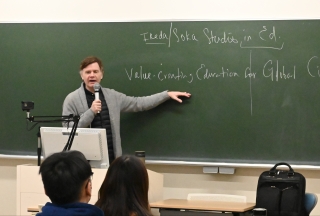 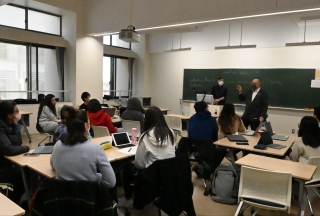 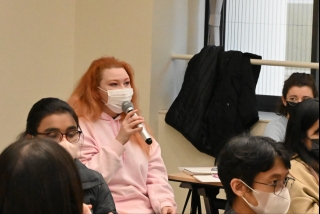